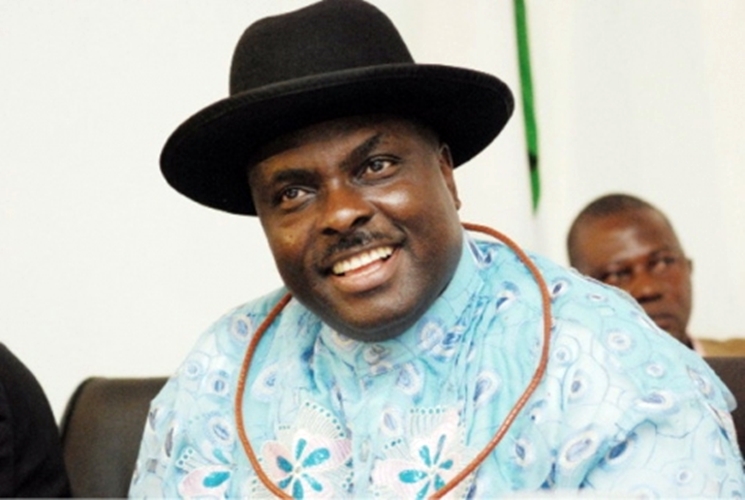 The Idjerhe community in Ethiope West local government of Delta state has commended the former governor of Delta state, Chief James Ibori for his support and kind gesture to the people of the area.

The commendation was made during a courtesy visit to Ibori at his country home Oghara by the Idjerhe people.

A delegation that was led by HRM Erhiakevwe Etadaferwa, the Ovie of Idjerhe kingdom, John Nani, Commissioner of Environment, the Uzzi of Idjerhe kingdom among others, thank the former governor for his support and good work to Idjerhe land when he was and out of government.

They pointed out some of his contributions to the success and political fortune of some of their sons who had also contributed to the development of their community, saying that the developmental land Mark of Ibori in the kingdom was being improved upon by the Okowa led administration.

They also appreciated the Delta state Governor, Dr Ifeanyi Arthur Okowa for approving the completion of the dualization of Jesse road, a project they said that was almost nearing completion and would soon be ready for commissioning

While also thanking Governor Okowa for approving the recent construction of the 19.5km Boboroku road, they assured Chief Ibori of their support and prayers in all his endeavours.

Chief Ibori who expressed joy over the visit thanked them for coming. He advised them to always work together with the government to move the kingdom, the local government and the state forward.