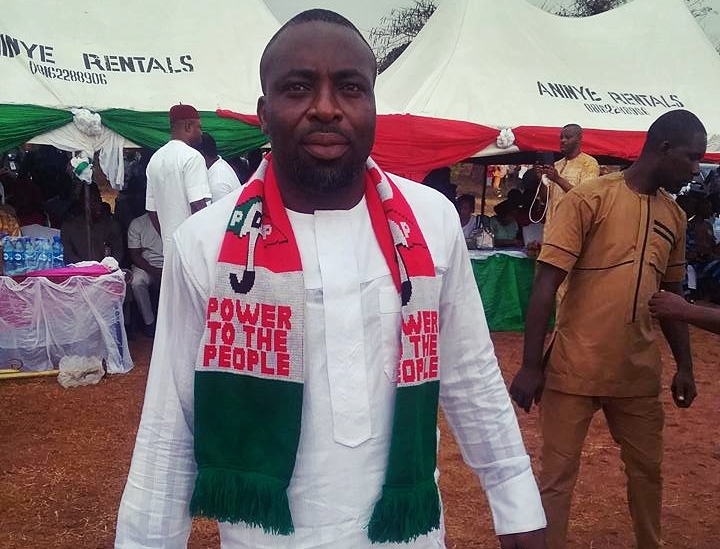 Following the vacuum created by the sack of some Commissioners from the Delta State Executive Council, Governor Ifeanyi Okowa on Wednesday February 22, 2018, forwarded the nomination of Mr. Emmanuel Chinye as Commissioner to the State Assembly for Affirmation.

Informing the House of the Letter from the Governor, Speaker, Rt. Hon. Sheriff Oborevwori said that, in the exercise of the power conferred on the Governor by Section 192 (2) of the Constitution of the Federal Republic of Nigeria 1999 as amended, that the Governor wish to present Mr. Chinye Emmanuel for appointment as Honourable Commissioner and member of the Delta State Executive Council for their consideration and affirmation to enable him effect his appointment as required by the constitution.

The House through a voice vote, unanimously adopted the request of the Governor and the Speaker directed that the nominee should submit 35 copies of his CVs to the Clerk within 24 hours for assessment and appear before the House on Tuesday, February 27, 3018 for screening.

Mr Emmanuel Chinye who hails from Onicha-Olona in Aniocha North Local Government Area, was a former and active member of the Accord Party (AP) in the state but decamped in March 2017 to the ruling party, the People’s Democratic Party (PDP) where he vied for the position of the local council Chairman but lost out at the party’s primaries.

In a telephone conversation with a Political Analyst (name with-held), he asserted that the appointment of Chinye might not be unconnected to an act of compensation for losing out of the local council chairmanship position. He further posited that as a member of the Delta State Executive Council, Chinye is a huge blow to the political camp of former Speaker and now opposition member Rt. Hon. Victor Ochei, who was hitherto seen as a political grand master in Onicha-Olona.