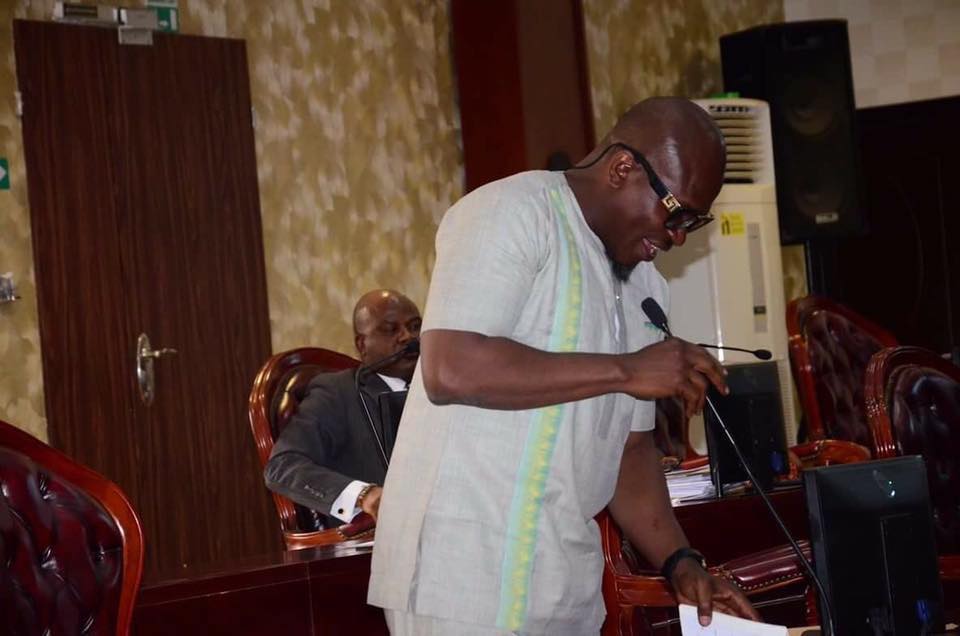 The Honourable Member Representing Ughelli South Constituency in the Delta State House of Assembly, Comrade Reuben Izeze has cautioned against false statements by self seeking individuals that are inimical to the development of Ughelli South and the State in general.

Comrade Izeze gave this charge while responding to an allegation made by one Mr. Charles Buluku against his agro-empowerment programme for his constituents at Lawal Iyanda Farms, Orerokpe.

The lawmaker who rebuffed the allegations through his legal team stated that, it was obvious that Buluku is resorting to cheap blackmail because his moves to cut a private deal for himself with some individuals failed.

According to the statement titled “The Lies Of Mr. Charles Buluku An Ingrate Who Appointed Himself Coordinator Of The Trainees Sent To Iyanda Farms By Comrade Izeze”, and obtained by ASABA METRO, it read that, “It is pertinent to do this little rejoinder on the above subject matter for the benefit of the public. Comrade Izeze truly selected 12 Constituents and sent them for training on poultry farming at Iyanda Farms, Orerokpe, a private concern which agreed with the lawmaker to train the constituents free for a duration of 6months on rearing layers and broiler birds.

The Lawmaker provided uniform and a monthly stipend of N10,000 which the farm owner magnanimously decided to augment with additional N10k making it N20k per month per participant from the first month of arrival. The process was going well and the said Buluku was posting developments on his Facebook wall, those who are friends with him on Facebook can attest to these facts.

Things presumably went sour on the 6th month when they were informed that due to the late arrival of the Broilers Chicks, they may have to remain for an extra week to take lessons on rearing broilers. At this point Buluku led some of the trainees to revolt and resort to unwholesome behaviours at the Farm.

When the information got to Barr. Omonemu Edewor, he visited the Farm only to discover that 9 of the Trainees have been led away from the farm by Charles Buluku. He reported the incidence to Izeze who made a Facebook post of the development and the bulk of opinion on his wall was that if the constituents absconded from the training, then he is not obliged to settle them as promised.

The Campaign Organization invited the abscondees to a meeting at the Constituency Office where they stated that they would not return to complete the training process. At the end only the two that completed the process were settled with the farm owner giving additional incentive to one that performed excellently well.

There was no publication in any medium that 12 Trainees were settled. It is obvious that Buluku is resorting to this cheap blackmail because his moves to cut a private deal for himself failed. He should be advised to be truthful if he intends to go public on any issue as others who are aware of these developments are reading him.”

Click the link below to see reactions of constituents & non-constituents
https://www.facebook.com/izeze.reuben/posts/10214104276226484