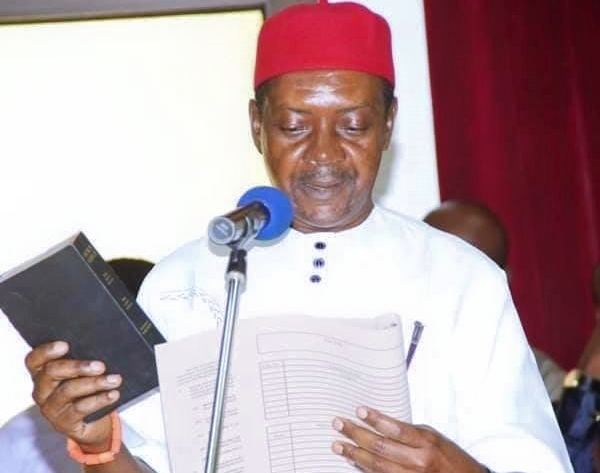 The deceased hails from Ubulu-Uku in Aniocha South Local Government Area, and was chairman of the local government area from 1999 to 2002, and Commissioner for Agriculture from 2018 to May, 2019.

In a statement by his Chief Press Secretary, Mr Olisa Ifeajika, on Sunday, Okowa commiserated with the people of Aniocha South and Ubulu-Uku community in particular, over the demise of the renowned politician and Peoples Democratic Party (PDP) chieftain.

He noted that the departed Utomi was a grassroots politician and administrator, who excelled as Council chairman and worked briefly with him as commissioner in the twilight of his first term.

The governor described the deceased as “thoroughbred politician” whose love for his people led him to contest, and won election as the first elected Chairman of Aniocha South Local Government Area under the PDP.

He said, “On behalf of the government and people of Delta, I mourn the passing of a gentleman and grassroots-oriented politician, who passed on after he was reported to have slumped and died before help could reach him.

“The news of his death came to me as a shock.

“He was a perfect gentleman-politician who distinguished himself in the service of his people, first, as Council Chairman and later, as Commissioner for Agriculture and member of the State Executive Council.

“In the formative years of our great party, the Peoples Democratic Party (PDP), his people of Aniocha South and the party found him worthy to become chairmanship candidate, which he won convincingly and served diligently from 1999 to 2002.”

Okowa prayed God to accept the deceased’s soul and grant fortitude to the family and friends he left to bear the loss.