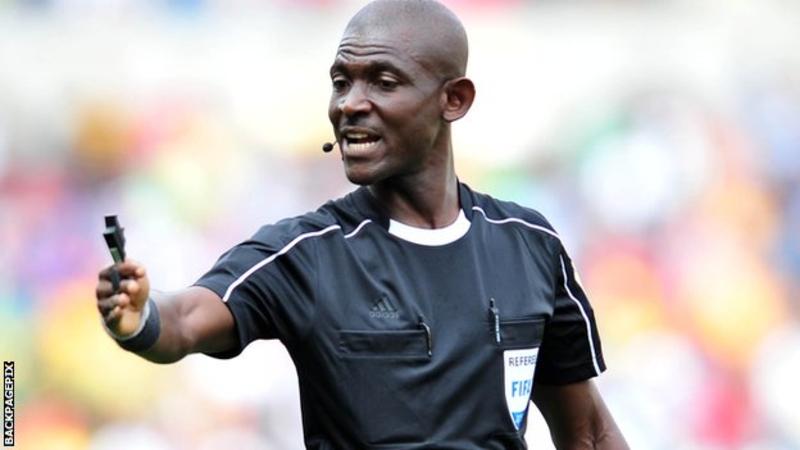 The FIFA Disciplinary Committee has decided to ban Ghanaian match official Joseph Odartei Lamptey from taking part in any kind of football-related activity (administrative, sports or any other) at national and international level for life.

The ban results from a penalty he awarded to South Africa in a 2-1 win over Senegal in a 2018 World Cup qualifier in November.

He penalised Kalidou Koulibaly for handball, but replays showed the ball hit his knee.

Football’s world governing body says it will give more details “once the decision becomes final and binding”.

Lamptey can now appeal to Fifa and the Court of Arbitration for Sport.

One of his assistants, David Laryea, also from Ghana, had charges against him dismissed by Fifa’s disciplinary committee.

The win for South Africa left them in second place in the four-team group after two matches, with Senegal in third.

Lamptey, who also officiated at the Rio Olympics last year, declined BBC Sport’s invitation to comment, saying he would do so later.

The Senegal Football Federation (FSF), who made a complaint to Fifa over Lamptey, is happy with the decision.

“Today there are many reasons to be happy about this decision – a decision that will be remembered as being significant but will also warn everybody that they are being watched,” FSF vice-president Abdoulaye Sow told BBC Sport.

“All cheating and stealing will be punished according to its gravity.

“Fifa has clearly struck a big blow and has promised in its decision to talk again about the match when the decision is final and binding.”