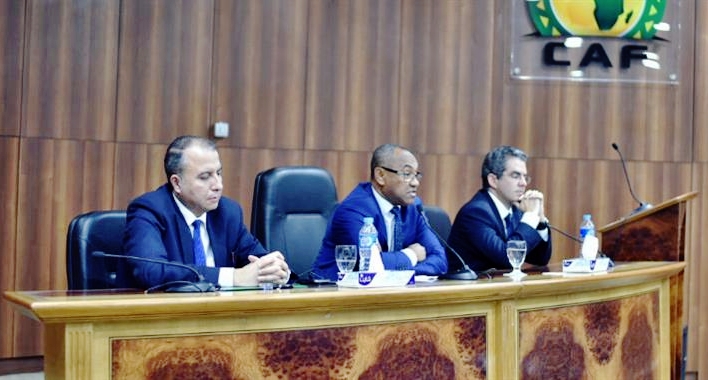 CAF President, Ahmad Ahmad Sunday 26th March, 2017 chaired a meeting for the first time with staff of the organization at the CAF Secretariat in Cairo, Egypt.

CAFonline reports that the meeting marked his effective assumption of office following his election to the position during the 39th CAF Ordinary General Assembly on 16 March 2017 in Addis Ababa, Ethiopia.

“This house belongs to you. CAF is yours. Let’s protect our institution. We politicians are just passing by but you have been called to stay. I have confidence in you and I am convinced that with you we will be able to succeed and develop African football more,” the CAF President told the staff as he set out his vision.

He was also accompanied by two members of the CAF Executive Committee, Constant Omari Selemani and Kwesi Nyantakyi.

After the meeting the staff, the CAF President also held sectorial meetings with the different divisions. These include Finance, Services, Human Resources and Competitions.