Dame Nkem Okwuofu (middle) in a group Photograph with the Beneficiaries

The Minority Leader of the House of Representatives, Rt. Hon. Ndudi Elumelu in consonance with his empowerment programme for the people of Aniocha/Oshimili Federal Constituency, Delta State, has presented starter packs to young farmers in Onicha-Uku.

The starter pack which was in the form of cash was formally presented to the young farmers under the aegis of Onicha-Uku Youth Farmers Association, on Friday March 25, 2022 at Onicha-Uku in Aniocha North Local Government area of the State.

The cash support was to enable the young Farmers commence farming activities in this current farming season, having been trained on general farming techniques facilitated by the Minority Leader.

Elumelu was represented at the event by a renowned political leader in Delta State and Chairman of the State Civil Service Commission, Chief Nkem Okwuofu and was witnessed by the former Majority Leader of the State House of Assembly, Chief (Hon) Barrister Krees Njiokwuemeni, presently, the Executive Assistant to the State Governor on Legal Matters.

Presenting the starter packs to the beneficiaries, Chief Nkem Okwuofu said that the empowerment of the young farmers was in line with the promises made by the Minority Leader about four months ago when the youths in their numbers paid a visit to him in one of his frequent visits, saying that it was another opportunity for the Minority leader to collect information on the basic needs of the youths in that community. 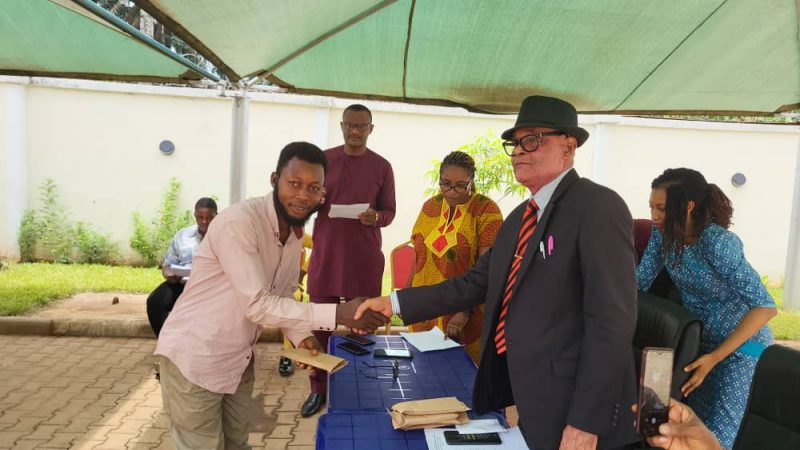 Chief Okwuofu congratulated the youths for making efforts towards going into farming and urged them to be steadfast and not to be ashamed in whatever laudable they have chosen to do, even as she admonished them to use the money judiciously as a take up grant to commence and progress their farming activities in their different areas.

“Whatever anybody is doing, you must do it very well and you will get to that destination God wants you to get to. All you need to do is to take a step of faith and be sincere with the money that has been committed to you, no matter how small or how big. 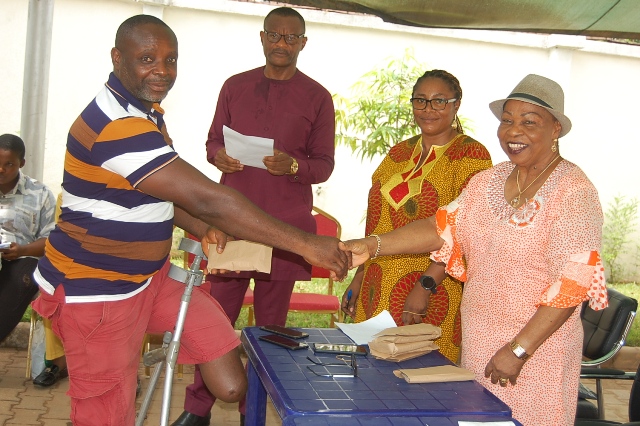 “Today, you are being encouraged by Rt. Hon. Ndudi Elumelu to go into cassava farming, yam farming, tomato farming, poultry and piggery farming and I urge you to be serious with it. You can be whatever you want to be in life if only you will be serious and committed with your little beginning.

“Indeed, all that My Son, the Minority Leader needs from you is to use this money to commence and progress your farming activities, especially in this farming season so that you will be of great value to your families, this community and the State at large,” Chief Okwuofu stated.

She applauded Rt. Hon. Ndudi Elumelu for always attending to the needs of his people, describing him as a cosmopolitan politician that has continued to reach out to his constituents despite all odds.

“This is a Man that made promises and he is fulfilling them like our dear Governor, His Excellency, Senator Dr. Ifeanyi Okowa. We are so blessed and by the grace of God, he is a giver and he will continue to give. As a Mother, it is my duty to encourage him to continue to give because I find out that as much as he gives, the much God replenishes his pocket and he shouldn’t relent and God will always bless him,” the notable political leader also known as the Mother of Government (MOG) prayed. 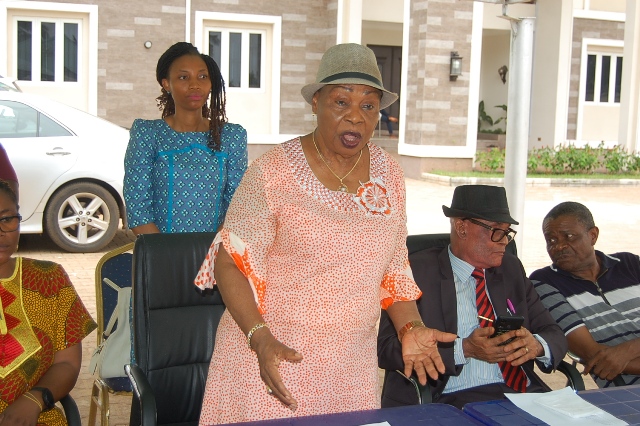 While confirming the readiness of Rt. Hon. Elumelu to unleash the biggest empowerment programme in the history of Aniocha/Oshimili Federal Constituency in a matter of days, Chief Okwuofu called on the youths not to relent in their support, prayers and cooperation with the State Governor, Senator Dr. Ifeanyi Okowa and Rt. Hon. Ndudi Elumelu.

She said that the Governor and the Minority Leader has remained critical weapons God has continued to use in improving their standard of living, even as she encouraged those yet to register in the INEC continuous voters registration to avail themselves the opportunity of the ongoing exercise to go and register, obtain their voters cards to be able to vote For Ndudi Elumelu and the PDP in the forthcoming general election in 2023.

Speaking on behalf of the beneficiaries, Ezedi Fidelis appreciated Rt. Hon. Ndudi Elumelu for always finding time to be with the people and said that it was his constant meetings with them that enabled him to know their basic needs.

Ezedi also commended him for his encouragement and the starter packs presented to them and assured that the cash will be used for the purpose that it was meant for and said they will not relent in working and praying for his success in his political endeavours. 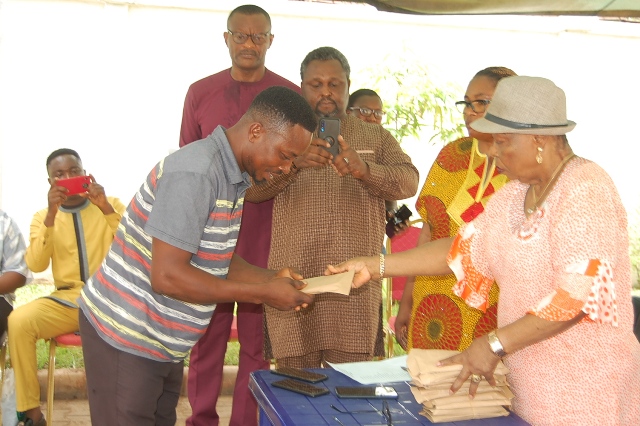 Highlight was the former presentation of the packs to the members of the Farmers Association by Chief Nkem Okwuofu and Chief Barr. Krees Njiokwuemeni.