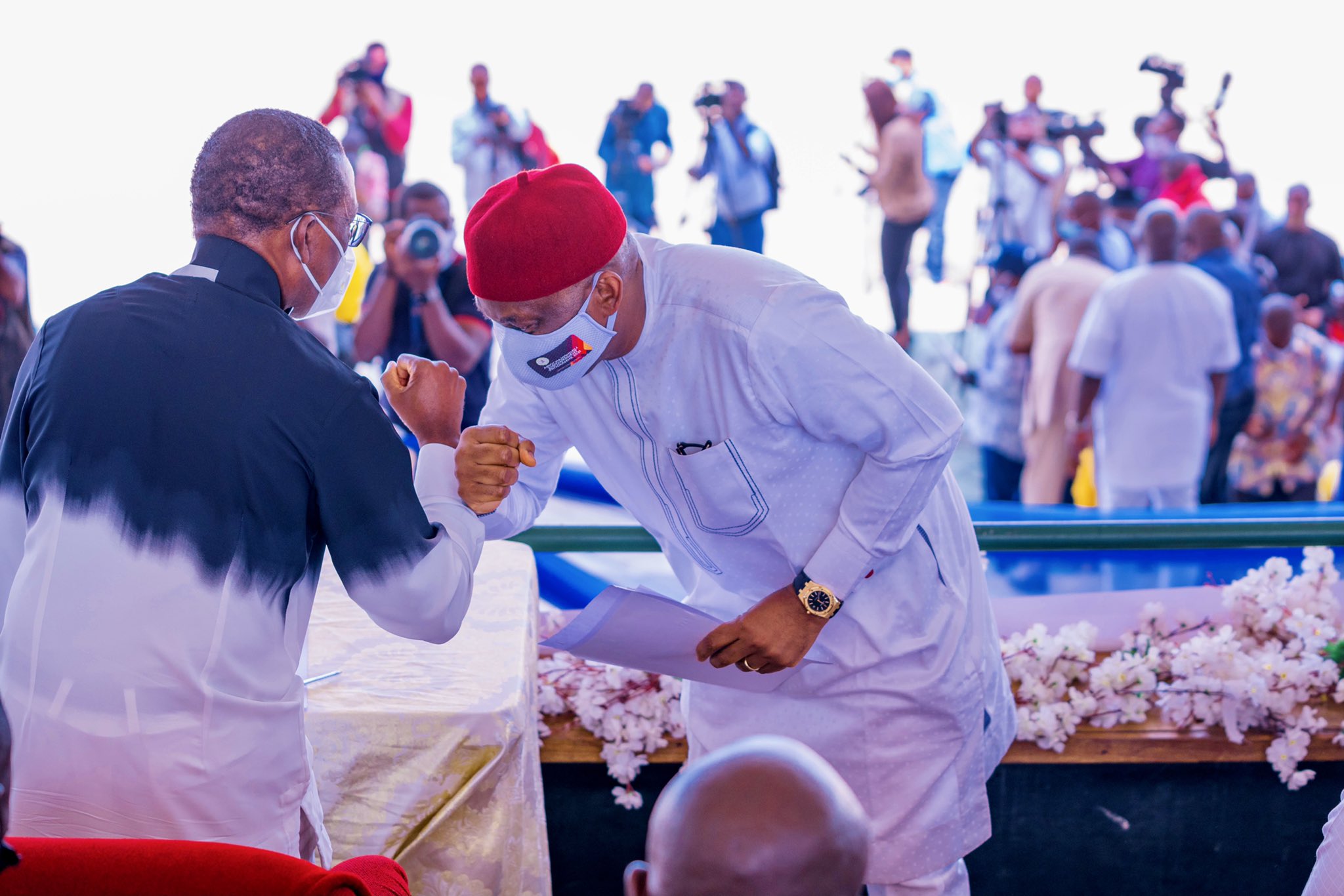 The Minority Leader of the House of Representatives, Hon. Ndudi Elumelu, has applauded the Delta State Governor, Senator Dr. Ifeanyi Okowa for signing the Judiciary Autonomy Law as passed by the State House of Assembly granting full operational autonomy to the state judiciary.

In a Statement on Saturday, May 22, 2021, Hon Elumelu described  the Governor’s action as a laudable development, saying it has further distinguished him as a democrat, who is always at the forefront in efforts to entrench statutory practices of rule of law for good governance, not only in Delta state but also the nation at large.

“It is imperative to state that the swift signing of the judiciary autonomy law by Governor Okowa is a sure step, within the context of statutory separation of powers, towards strengthening the judiciary to guarantee efficient, speedy and unconstrained dispensation of justice in Delta state.

“His Excellency is therefore applauded for not hesitating in  signing the law, in keeping with his avowal to assent to the legislation immediately it’s passed and transmitted to him.

“Equally commendable is the effort of the Delta state House of Assembly in firming up the fundamental governance elements of justice as embodied in a free and unrestricted judiciary;  a development that had set the pace for other state legislative houses across the country to follow.

“With this attainment of full statutory autonomy, the Delta state judiciary is urged to redouble its effort in guaranteeing speedy and efficient dispensation of justice in the state”, Hon. Elumelu stated.