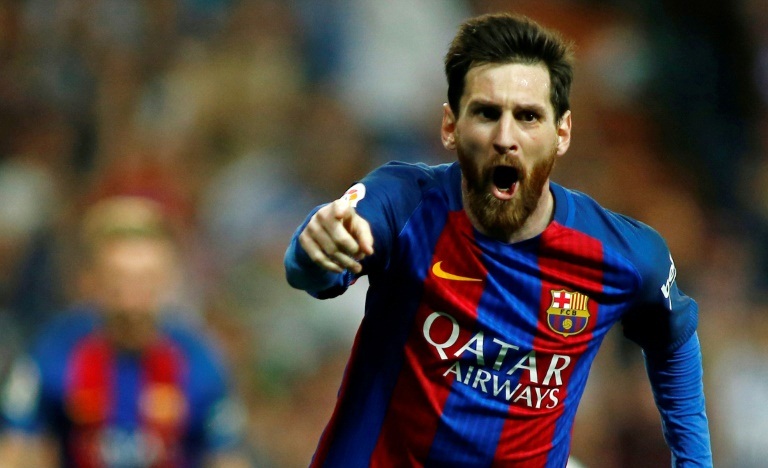 Lionel Messi struck his 500th Barcelona goal with almost the last kick of the game to blow the La Liga title race wide open with a thrilling 3-2 El Clasico win at Real Madrid on Sunday.

Messi had broken a three-year goalless drought against Madrid to cancel out Casemiro’s opener for Madrid in the first-half.

Ivan Rakitic’s stunning strike and a red card for Madrid captain Sergio Ramos for chopping down Messi 13 minutes from time put Barca on course for victory before James Rodriguez came off the bench to level four minutes from time.

However, fittingly, Messi had the final say with a brilliant finish deep into stoppage time to lift Barcelona’s hopes of a third straight La Liga title.

Victory takes Barca top of the table thanks to their better head-to-head record with both sides locked on 75 points, but Madrid have a game in hand.

“He is the best player for me in history and I have seen a lot of football,” said Barca boss Luis Enrique as he celebrated victory in his final Clasico in charge.

“In modern football when everyone is tactically and physically better he still makes the difference.

“The fact he has scored his 500th goal shows all of us as Barca fans are lucky to have him identified with the club.”

However, Madrid coach Zinedine Zidane lamented his side’s inability to see the game out with a man less at 2-2 that would have seen them remain very much in the driving seat for a first title in five years.