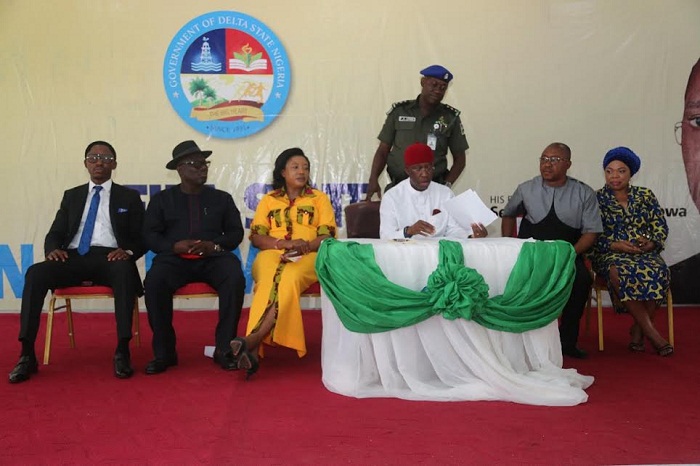 Delta State Governor, Senator Dr. Ifeanyi Okowa has said his administration spends about N1 billion monthly on pensions for the payment of over N30 billion pensioners debt he inherited from past administrations.

The Governor disclosed this on Wednesday May 24, 2017, at Ogwashi-Uku during a town hall meetings with the people of Aniocha South local government area of the State.

However, in a previous report by the Finance Commissioner, David Edevbie, it revealed that, Delta State Government Workers and Pensioners were owed N9.3 Billion Arrears as at end of October 2016.