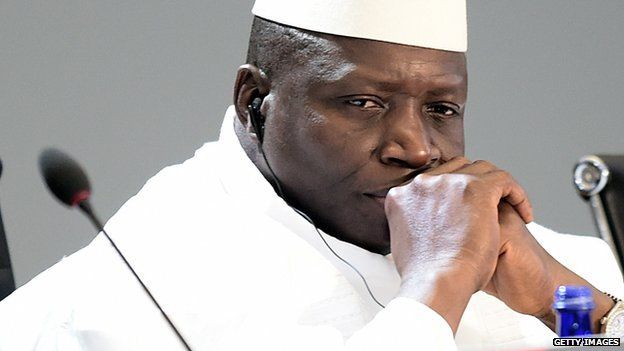 The 7,000 ECOWAS troops have halted their march into Gambia Thursday night to give former president Yahya Jammeh, one more last chance to leave Banjul.

Jammeh has up till noon to leave, in the new deadline given by ECOWAS, the West African regional bloc.

If he fails to do so, the troops under Operation Restore Democracy, will continue their march into the capital. There was no resistance by Gambian troops at the border when the West African soldiers entered Thursday.

”Troops in Farafenni refused to fight. They opened border for ECOWAS troops to enter freely. No loss of lives down that end’, a source monitoring the operation said.

“We think that up until the last minute there is still a solution through dialogue,” said Marcel de Souza, head of the ECOWAS commission, explaining the decision to suspend the advance to reporters in Dakar late on Thursday.

ECOWAS will send a team led by Guinea’s president, Alpha Conde, and including the presidents of Liberia and Mauritania to Banjul on Friday, de Souza said.

If the mission succeeds, Jammeh will travel to Guinea before choosing a country of exile.

“It’s out of the question that he stays in place. … We propose that he leaves in an honourable manner and with respect,” said de Souza, who added that regional leaders were open to the possibility of an amnesty as part of a deal.

It was unclear what Jammeh’s next move would be. He has so far ignored pressure to step aside and offers of exile.

On Thursday, he still tried to exercise his emasculated power by announcing the dissolution of his cabinet and promised to reconstitute a new one.

In reality, he is now alone, with his government riddled by defections. In the biggest loss yet, Vice President Isatou Njie Saidy, who has held the role since 1997, quit on Wednesday.

Jammeh, in power since a 1994 coup, initially conceded defeat to Barrow following a Dec. 1 election before back-tracking, saying the vote was flawed.

De Souza said a total of 7,000 troops from Senegal, Nigeria, Ghana, Togo and Mali are involved in the operation. Troops had already entered Gambia from the southeast, southwest and north before they were ordered to stop.

The advance will resume at noon (1200 GMT) on Friday if Jammeh still refused to leave, he said. Barrow will return to Gambia once the operation is over.

The U.N. Security Council on Thursday backed ECOWAS’s efforts to ensure Barrow assumes power, and the United States said it supported the intervention.

U.N. Secretary-General Antonio Guterres in a statement pledged “his full support for his (Barrow’s) determination, and ECOWAS’s historic decision, with the unanimous backing of the Security Council, to restore the rule of law in The Gambia so as to honour and respect the will of the Gambian people.”