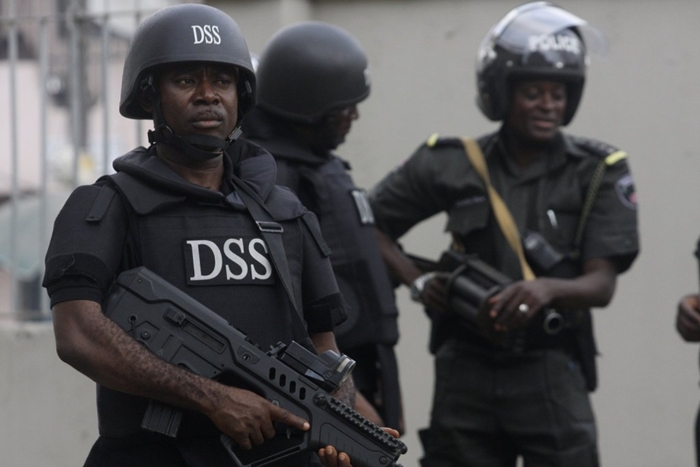 The Department of State Services (DSS), on Friday, said it had uncovered a plot by suspected terrorists to attack Kano, Kaduna, Sokoto and Maiduguri during the Eid-el-Fitr celebration.

Mr Tony Opuiyo, an operative of the service who made the disclosure in Abuja, said two suspects — Yusuf Adamu and Abdulmuminu Haladu — were arrested in Sokoto in connection with the plot in the early hours of Friday.

Represented by Mr Nnanna Nnochiri, also an operative with the service, Opuiyo said the service had earlier arrested Bashir Mohammed, the facilitator of the Kano attack on June 20 at Unguwar Barnawa, Kaduna.

Opuiyo said that their plan, together with some currently at large, was to assemble explosives and use them on selected targets during the sallah celebration.

Others were one gas cylinder, three laptops, one Lifan motorcycle, one Honda Civic car and one printer.

He said the service had also uncovered plots by terrorists to infiltrate the ranks of the Islamic Movement of Nigeria, also known as Shiites.

“This is an attempt to assume formidable cover to unleash violence and evoke a complete state of chaos in Abuja and other northern states.

“Sequel to this, the SSS is warning members of the Islamic Movement of Nigeria (IMN) to desist from staging any form of procession or demonstration as the terrorists will seize the opportunity to unleash mayhem,” he said.

He advised the public to disregard the antics of the terrorist extremists to cause breakdown of law and order and instill fear in the populace.

He said “the Service is working in concert with other security agencies to ensure that no section of the country is attacked during and after the sallah celebrations.”

He enjoined law abiding citizens and residents to go about their normal businesses without fear.