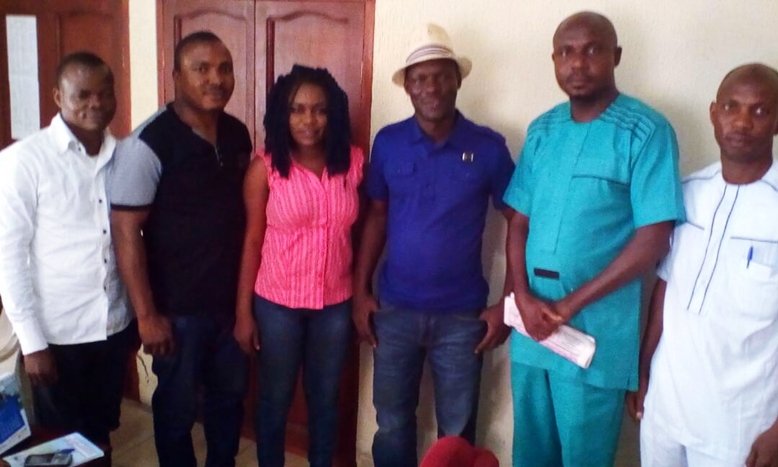 An appeal has gone to the Federal Government not to be used by any group or person to bring hostilities to the Niger Delta rather they should sustain the already existing peace to ensure that the Maritime University Okerenkoko retain its Acts of Establishment.

National Coordinator, Center for Peace and Environmental Justice (CEPEJ) and the Chairman of Kokodiagbene community in Gbaramatu Kingdom, High Comrade Sheriff Mulade gave this charge during a media parley with Executive Members of the Indigenous Correspondents Chapel (ICC) of the Nigerian Union of Journalists (NUJ) Delta State Council, regretting that while communal crisis festers in the Niger Delta Region, the state governors became major beneficiaries of the security votes.

“The bane of our development is ethnic crisis and there are initiators of these crisis. Government is a great beneficiary of crises because of security votes given to them. South South Governors are great beneficiaries of such votes which gives birth to crises.” the rights activist stated.

He appealed to the Federal Government not to be used by any group or person to bring hostilities to the Niger Delta rather they should sustain the already existing peace to ensure that the Maritime University Okerenkoko retain its Acts of Establishment.

While weighing the achievements of the Niger Delta Development Commission (NDDC) in the region, Mulade stated that the NDDC is a political commission to settle political issues, noting that the commission is only entitled to three percent budget allocations from Oil Multinationals.

Speaking further on how to address the multifaceted challenges confronting the oil region ravaged by ecological degradation coupled with communal crises, he said if the leaders are genuinely committed to development of the region, setting up a commission was not necessary since there is no projects executed in the coastal areas. “Gbaramatu community host over two hundred oil wells yet no projects from any of the interventionist agencies that are headquartered in Abuja”.

Mulade lamented the failures of the traditional institutions caused by government stipends as well as greed of some of the rulers. He, however, urged government to stop relegating the monarchs even as he advised them to confirm themselves to their throne and shun politics.

He described as unfortunate the continued animosities between the people of Ijaw and Itsekiri over a parcel of land the Federal Government is building the multi billion Naira Export Processing Zone (EPZ), saying the communities should give peace a chance to enable development of the Niger Delta region.

On how to solve the problems of the Niger Delta Region, the environmental activist said; “I strongly believe that we can prepare the next generation for youths. We need to prepare ourselves, we have enormous challenges in the region. We must speak out against bad government. There are basic issues government does not need to campaign with. Delta state is backward, it will take it 25 years to catch up with other states. Does Asaba look like a capital city? Delta State resources are being wasted by the government”.