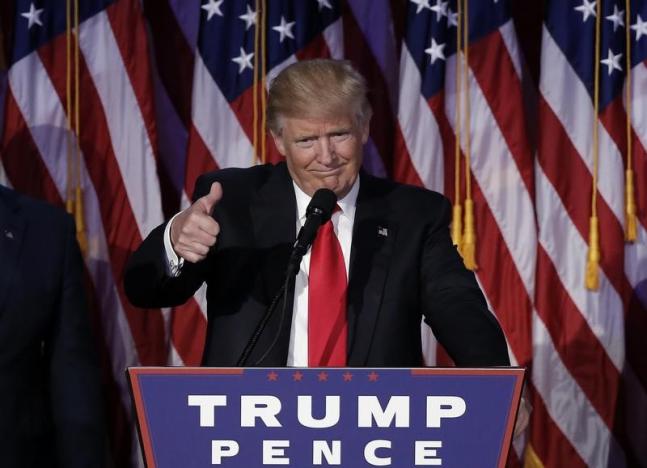 US President Elect, Donald Trump says he could have won the popular vote against Hillary Clinton if he had campaigned differently.

With one state left to count, Mrs Clinton has nearly a million more votes than him but lost last week’s election due to the electoral college system.

Mr Trump said on Sunday this system was unfair and he preferred a simple vote.

But on Tuesday he insisted he would have still won a straight vote because he would have focused more on the big states won by Mrs Clinton.

“I would have campaigned in N.Y. Florida and California and won even bigger and more easily” the president-elect said on Twitter. He lost New York and California.

In an interview on Sunday with the 60 Minutes programme Mr Donald Trump complained about the electoral college system, in which each state is worth a different number of votes, saying that he preferred the popular vote method.

He said that he has “respect” for the electoral college system “but I would rather see it where you went with simple votes”.

It’s not the first time Mr Trump has lashed out at the voting system.

Bernie Sanders, the populist candidate who ran against Mrs Clinton in the Democratic primary, has also questioned the electoral college system.

When asked by USA Today if the electoral college should be changed, he responded “I think you ought to think about this… I think we want to rethink that.”

Mr Trump has set up a transition team to help assemble his cabinet.

He is meeting top aides, and his vice president Mike Pence on Tuesday at Trump Tower in midtown Manhattan.

According to media reports, he is considering former New York Mayor Rudy Giuliani or former UN Ambassador John Bolton for the role of Secretary of State, the top US diplomat.

The BBC’s Gary O’Donoghue in Washington said the Pentagon has still not been contacted by the Trump transition team to discuss the handover of operations.