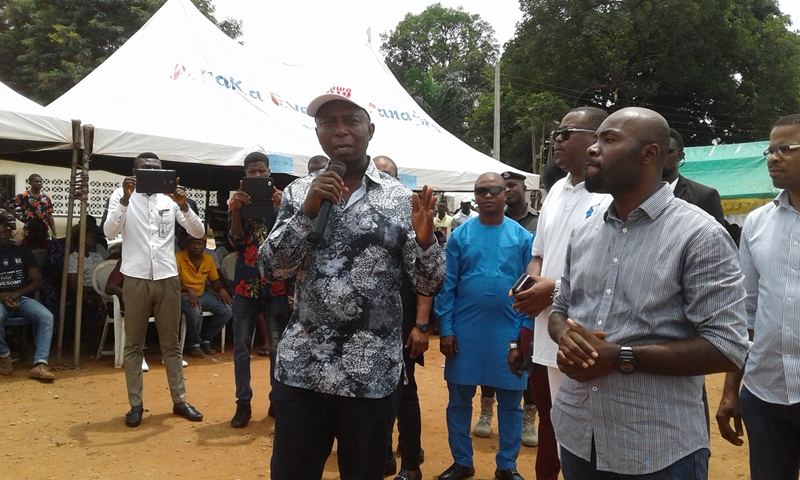 The Chairman of Aniocha North Local Government Area Hon Chuks Oseme has tasked the youths of the area to produce high number of votes for Governor Ifeanyi Okowa and Hon Emeka Nwaobi at the Saturday polls.

Oseme who made the appeal at the youth town hall meeting organised by the council boss in Issele-Uku, described youths as the engine room of any election.

He said, “youths form an integral part in any election and as number one local government in alphabets, let us lead in votes by giving massive votes for Okowa and other PDP candidates.

“I know that elections in this country is about the youth, that is why I gathered all the youths from the 19 communities in Aniocha North for this town hall meeting for us to deliver highest votes for our candidates.

“Our votes in the last Saturday elections is the least across the 25 local governments in the state. We want to use this meeting to mobilise our youths votes massively for the governorship and House Assembly elections on Saturday March 9”.

The youths patron, Aniocha North, Prince Ned Nwoko urged the youths to come en masse on Saturday to give Okowa the highest votes.

He said that the election is not about Okowa but the Aniomas, saying “that a vote for Okowa is a vote for Ned Nwoko”.

“Go and work hard at your units level to deliver Okowa and hold me responsible for your reward”.

In a remark, the Youth President of Aniocha North, Hon. Philip Kawekwune applauded the council chairman for his initiative of the youth town hall meeting in ensuring to vote PDP in Saturday’s election.

He promised that the youths would perform more than the previous elections in terms of votes.