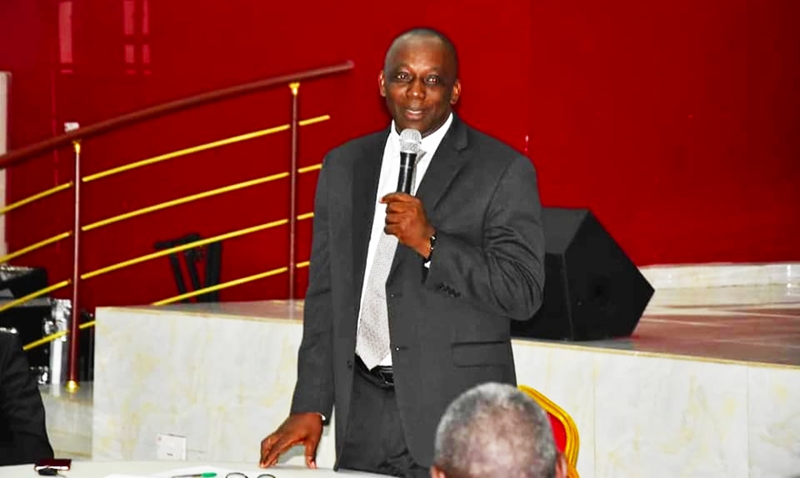 The Delta State Attorney-General and Commissioner for Justice Mr. Peter Mrakpor Esq. has set agenda for the State Ministry of Justice even as he reiterated his commitments to expand the frontiers of legal practice in the state.

The Attorney-General while speaking during his maiden strategic meeting with Directors, Deputy Directors, Assistant Directors, Zonal Heads and Heads of Units of the Ministry at Asaba on Wednesday, July 10, 2019, solicited for their support and cooperation to consolidate on the gains of the last four years.

He assured legal practitioners in the state of his avowed resolve in deepening legal practice and expand the frontiers of legal business in the state. While stating that law was an intellectual property acquisition, the Justice Commissioner averred that the more knowledge that a lawyer acquires, a better Solicitor he becomes.

Mrakpor who was reappointed by the State Governor, Dr Ifeanyi Okowa as Attorney-General expressed his deepest appreciation to members of staff for the robust support and cooperation he received from them even outside the office.

He charged legal officers and other support staff of the Ministry to brace up for the herculean task of building a strong and vibrant Ministry of Justice that would position the Ministry as one of the best in the country.

Mr. Peter Mrakpor Esq. emphasized the need for lawyers to be professional in their conduct and shun any act inimical to the interest of the State as well as their career advancement.

The Justice Commissioner also disclosed that he has mapped out strategies to achieve his dream of leaving a long lasting legacies in the Ministry, even as he said he will sustain the capacity building efforts of the Ministry as periodic trainings for staff will be maintained where resource persons will be drawn from the bench.

The Functioning Solicitor-General/Permanent Secretary of the Ministry, Mr. Daniel Momah who gave the vote of thanks on behalf of the management staff, congratulated the Attorney-General and Commissioner for Justice for his reappointment and expressed optimism that his coming back was for the good of the Ministry and the legal profession in Delta State.