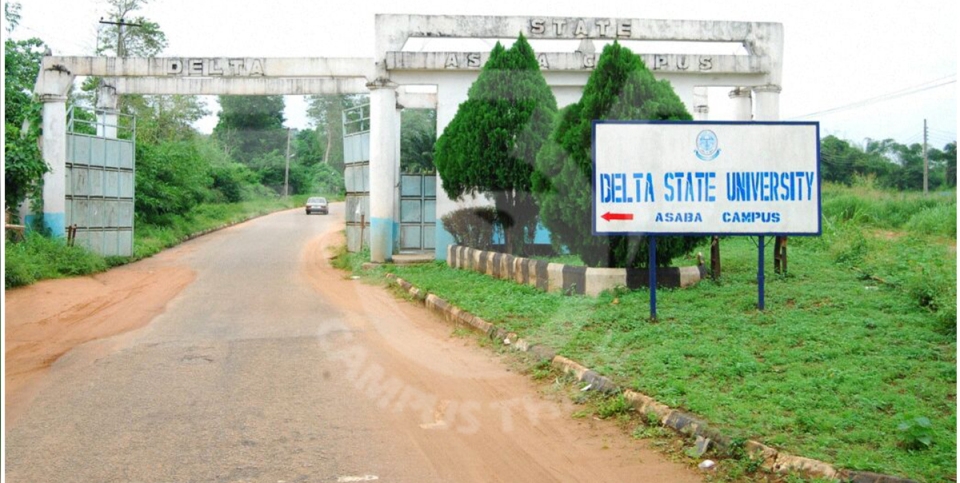 The Delta State Commissioner for Higher Education, Professor Patrick Muoboghare has condemned the invasion and destruction of part of perimeter fence in the Asaba Campus of Delta State University (DELSU) by Fulani cattle rearers.

Professor Patrick Muoboghare made the condemnation on Monday, July 15, 2019 at the Asaba campus after inspecting the destroyed fence.

He said that the provocative invasion of the University environment would no longer tolerate the activities of the Fulani marauders who in the guise of searching for grasses for their cows had gone out of their way to destroy Government property.

The Commissioner stated that the activities of the herdsmen were coming at a time when the various ethnic nationalities were agitated over the Ruga settlement issue.

Professor Patrick Muoboghare warned the herdsmen to stay clear from the university environment as any cow found in the Campus would be impounded, branded and become the seed of animals for the proposed cattle ranch soon to be established by the Ministry of Higher Education in collaboration with the Faculty of Agriculture.

While commending the Staff and Students for their peaceful disposition towards the invasion and destruction of Government property, he called on them to always remain alert.

The Commissioner used the opportunity to advise all illegal occupants and developers of the University land to, as a matter of urgency, vacate same as the University authorities had been given a marching order to reclaim their land.

While conducting, the Commissioner round the damaged fence, the Provost of the Campus, Professor Patrick Oghuvbu said that the Fulani herdsmen invaded the campus at about 5:00am on Sunday, July 14, 2019 and destroyed part of the perimeter fence with their cows.

Professor Patrick Oghuvbu said that he had already made a formal report to the security agencies and then appealed to the state Government to beef up security around the University Campus.