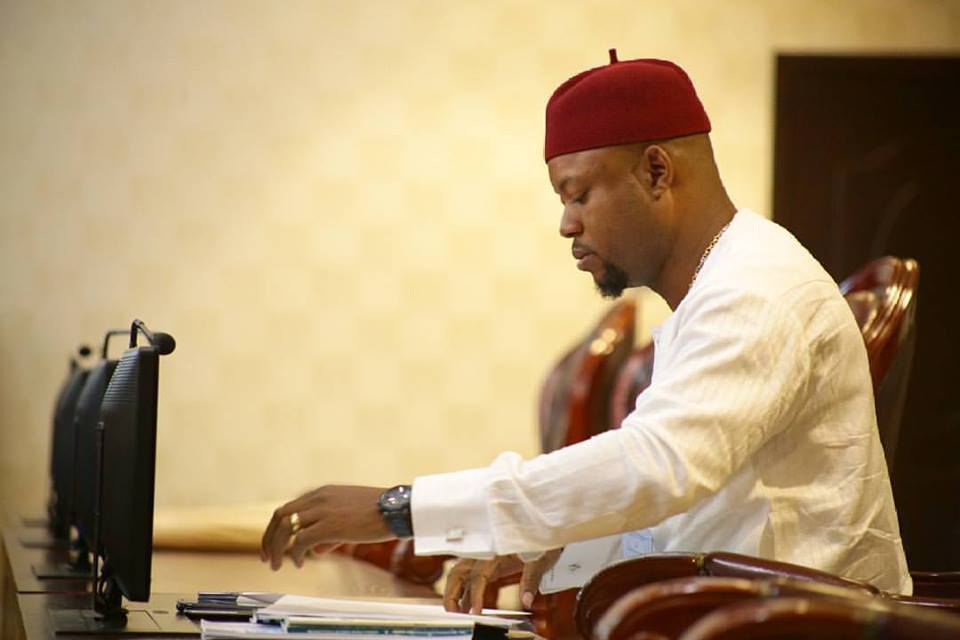 The Delta State House of Assembly has directed the state Governor, Senator Dr. Ifeanyi Okowa to intervene in restoring permanent peace to the bedeviled community of Ugbodu in Aniocha North Local Government Area of the state.

The House made this call today as a resolution to a Matter of Urgent importance raised by member representing Aniocha North Constituency, Hon. Engr. Emeka Nwaobi.

While pressing on the House to prevail on Governor Okowa, Hon. Nwaobi stated that the lives and properties of his constituents were akin to be sitting on a keg of gun powder from the deadly invasion of some communities in Edo state situated at the Delta/Edo disputed boundary axis.

“I move that this honourable house do now call on the executive Governor of Delta State, Sen. Dr. Ifeanyi Okowa to direct all heads of security agencies and relevant authorities in the state to liaise with their counterparts in Edo State as a matter of urgency to stop the re-occurrence of an ugly situation where dangerously armed youths of Ohordua community in Edo state in their hundreds engaged in the wanton destruction of farmlands and camps in Ugbodu community in Aniocha North Local Government Area of Delta State,” Nwaobi prayed.

The lawmaker noted that the Delta Communities being threatened and ransacked by these Edo State bordering Communities of Ewohimi and Orhodua were Idumuje-Ugboko, Idumuje-Unor, Idumuje-Aniofu which falls under Idumuje Clan.

Speaking further, Hon. Nwaobi stated that the issue of boundary delineation which falls under the jurisdiction of the Federal government has not taken effect in the said area of the state. He disclosed that several petitions and protests have been engaged on by his constituents to the federal authorities but all attempts have not been responded to.

He urged the house to support his prayer in calling the appropriate authorities to take necessary actions to forestall the anticipated unending communal clash that could erupt from this brewing crisis and also add weight to same motion as being deliberated at the National Assembly.

The House unanimously adopted the motion for onward communication to the State Governor.