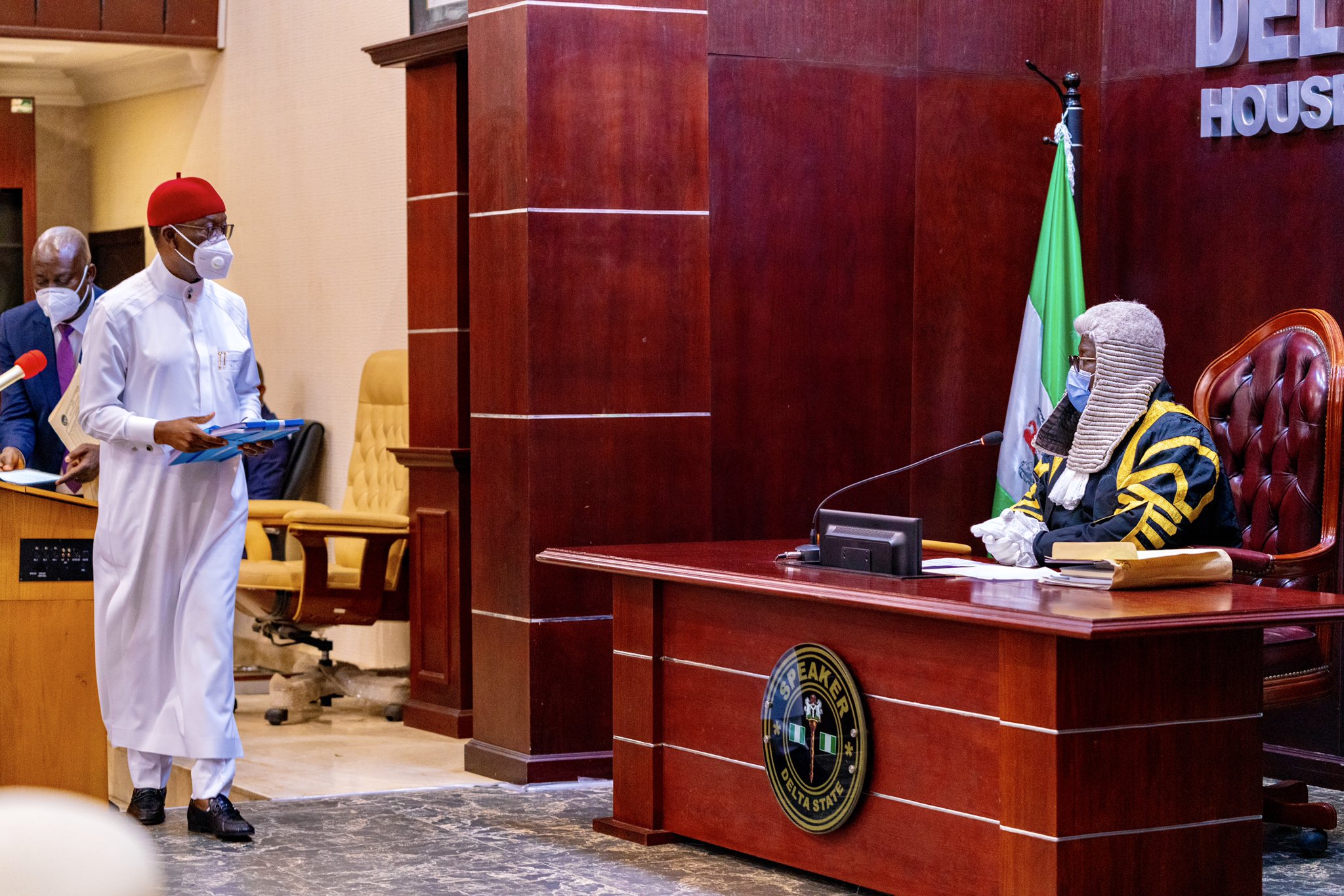 The passage of the bill was sequel to a motion to that effect by the House Leader, Hon Tim Owhefere, after the scrutiny of the report of the House Committee on Finance and Appropriation on the bill at the Committee of Supply, Chaired by the Speaker, Rt Hon Sheriff Oborevwori.

The passed budget saw an increased of N5.5bn from the original amount presented to it by the State Governor, Dr Ifeanyi Okowa.

Governor Ifeanyi Okowa had on Tuesday, 27th October 2020, presented a proposed budget of N378.4bn, made up of N171.3bn for recurrent expenditures and N207.5bn for capital expenditures for the 2021 fiscal year.

Submitting the report of the House Committee on Finance and Appropriation, Vice Chairman of the Committee, Hon Festus Okoh, announced an increase of the amount to N383.95bn.

This according to Hon Okoh, comprised of N173.1bn as recurrent expenditure and N210.8bn as capital expenditure.

The Lawmaker stated that the increase was necessitated by the need for budgetary provision for ongoing projects which were in 2020 budget but not captured in the 2021 proposed provisions.

Hon Okoh, explained that his Committee had taken time to scrutinize the various reports of the sub committees recommendations, together with the objectives of the budget as enumerated by the governor during the presentation.

Hon Okoh stated further that a careful evaluation of the submissions of the sub committees and provisions in the various heads and sub heads were carried out before returning the budget size to N383.95bn.

At the Committee of supply, the report of the House Committee on Finance and Appropriation was subjected to further legislative actions where some amendments were proposed and adopted.

The motion for the third reading of the bill and its subsequent passage was moved by the Majority Leader, Hon Tim Owhefere and unanimously adopted.

The Speaker, Rt Hon Sherrif Oborevwori commended members for their commitment towards making laws for peace, development and good governance of the state.