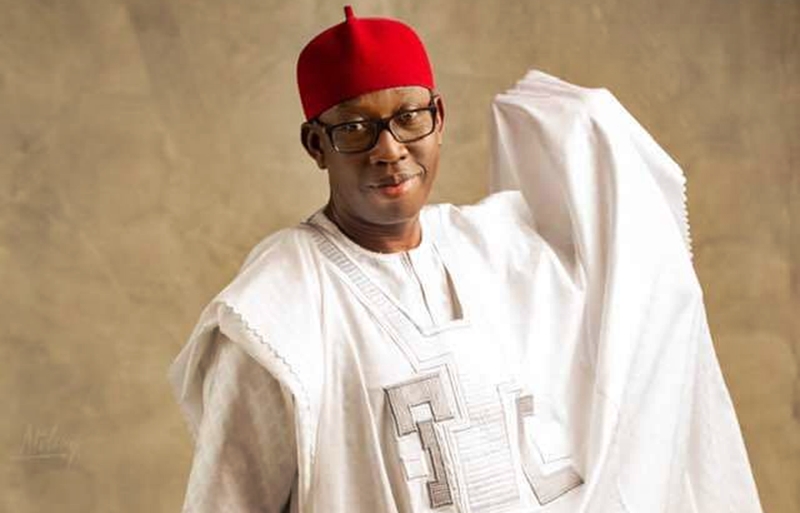 The Anioma For Okowa Movement (AFoM), an assemblage of progressive think tanks of Anioma nation has declared their total support for the re-election of Governor Ifeanyi Okowa of Delta State. The group also vowed to ensure that the over 90 per cent of all eligible voters in Delta North Senatorial District vote for Okowa in the forthcoming governorship election in the State.

In a recent press statement, titled “2019 Anioma Declaration on Okowa We State”, the Chairman of the movement, Arc. Kester Ifeadi said that it is only natural and justifiable to support the re-election of Governor Ifeanyi Okowa, the Peoples’ Democratic Party (PDP) candidate, so he can consolidate on his developmental strides and the provision of economic and social infrastructure that has become the hallmark of his administration. He therefore lauded Governor Ifeanyi Okowa for promises kept and for bringing pride to Anioma nation as a worthy son.

“Beyond equity for Anioma nation to serve out its two terms of leadership of the State, Okowa has demonstrated capacity as a consummate administrator. He has done remarkable well and we are proud of him. We have seen his strategic approach to governance vis-à-vis his engagement of all stakeholders and development partners as the engine for growth, and this is commendable.

According to Ifeadi, “Okowa’s bold and decisive approach to governance, with quick service delivery to the people and with equal opportunity for community development has endeared him to all Deltans, a feat that even his worst critics will not deny”.

In the same vein, the Director General of the group, Hon. Emeka Nmadu, emphasized the fact that Deltans across board have all benefited tremendously from the Okowa-led administration, a feat that is unprecedented in the history of governance in Delta State.

“Accordingly, we have begun to mobilize voters in our various communities in Delta North Senatorial District and across Delta Central and South through our brothers and sisters from other parts of the state to deliver over 90 per cent of the state’s 2.8 million votes for Sen. Dr. Ifeanyi Okowa of Delta State and for Alhaji Atiku Abubakar for President and other PDP candidates for the 2019 general election”, Nmadu said.

Similarly, during question and answer session with newshounds, two of the group’s principal officers, Barr. Monn Olodu, Secretary/Director of Legal Services and Mr. Godfrey C. Osakwe, Director of Communications, in separate interviews, posited that the 2019 general elections in Nigeria may have some challenges going by the body language of the electoral umpire, the Independent National Electoral Commission, INEC. The duo wondered why INEC is delaying in the appointment of a Resident Electoral Commissioner for Delta State and the reluctance to address the many queries and doubts of stakeholders for a free and fair election in Nigeria.

“This year’s elections will no doubt, be a contest between forces of retrogression and subjugation on one hand and of true progress and freedom of all Nigerians on the other hand” Osakwe declared.

The Anioma For Okowa Movement (AFoM), has as its main objective, the task of supporting Okowa’s re-election bid so he can consolidate on the progressive development of Anioma nation and Delta State in general. Membership of the group is open to all progressive minds across the 98 wards in the nine local government areas of Delta North Senatorial District.