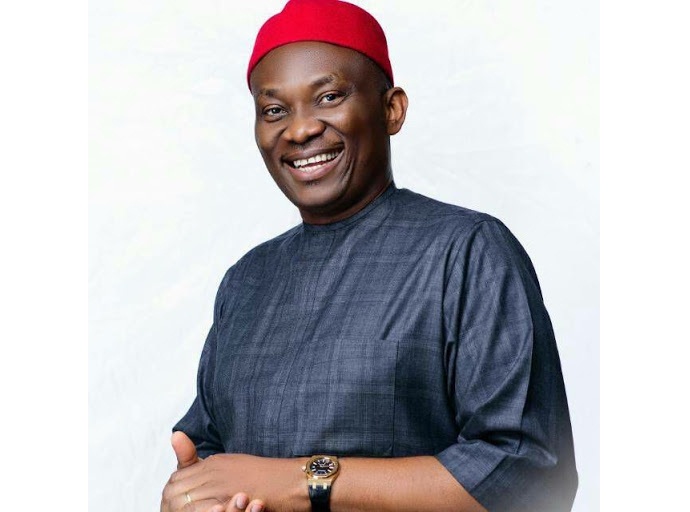 The Peoples’ Democratic Party (PDP) candidate for Aniocha/Oshimili Federal constituency in the forthcoming national assembly election, Hon. Ndudi Elumelu, has announced the immediate release of the sum of N5 Million to energize the Ubulu Uku substation which has been dormant due to lack of funds.

Hon. Elumelu made the donation while addressing the people of wards 4 and 5, Ubulu Uku, Aniocha South Local Government Area, during the ongoing general elections campaign to the area by the Delta North Campaign Council on Monday, January 28, 2019.

The PDP candidate noted that the people of the area have always giving massive support to the party hence the need to reward loyalty as well as encourage them to support the candidates of the party starting from the Presidency to the House of Assembly candidates, promising to work harder for more development if elected to represent the people of Aniocha/Oshimili Federal constituency.

The Director General of Delta North Campaign Council, Hon. Pascal Adigwe, speaking during the campaign, advised the people to be wary of some candidates of other political parties who are going around deceiving them that they should vote for them as they will return to the PDP after they win their election.

He declared that in all the places visited, Delta North has no other party hence the need for the people to embrace the only viable party which is PDP to ensure victory not only for the candidates but for all who love peace, security, good health, quality infrastructure and employment.

Also speaking, the Chairman Delta North Campaign Council, Chief Godswill Obielum, urged the people to drive away insecurity, hunger and maladministration by voting Atiku Abubakar as the President, Senator Dr. Ifeanyi Okowa as the Governor of the state, Senator Peter Nwaoboshi as the Senator representing Delta North, Hon. Ndudi Elumelu as the Member Representing Aniocha /Oshimili Federal constituency while Hon. Austin Chikezie should be voted to represent the area in the Delta State House of Assembly.

Chief Obielum noted with confidence that when all the party candidates are voted for, they will work as a team thereby serving the people more by attracting development projects to the state and local governments.

In his remarks, the PDP Chairman of Delta North Senatorial District, Chief Moses Iduh, told the people that the party elected credible, loyal and trustworthy persons who are now candidates for various positions. Therefore they should ensure that they vote massively for all the party candidates as well as urging them, especially the youths, to ensure they their mandate was not truncated by voting as well as staying to ensure that their votes were counted and recorded before leaving.

A former Commissioner in the Delta State Executive Council, Hon. Tony Nwaka, reaffirmed the belief of the people of Aniocha South in the Government of Senator Okowa citing the projects, which are either concluded or ongoing, throughout Aniocha South, stating that Aniocha South is PDP territory given the assurance that all the party candidates will be voted for.

Highlights of the occasion were the presentation of the candidates to the people as well as receiving many persons that decamped from APC to PDP at Nsukwa. The entourage visited 6 wards including wards 2 and 3, Ogwashi Uku, wards 4 and 5, Ubulu Uku , ward 7, Nsukwa, and Ashama, ward 8 comprising of Ejeme-Aniogor, Ejeme – Unor and Egbudu–Akah.