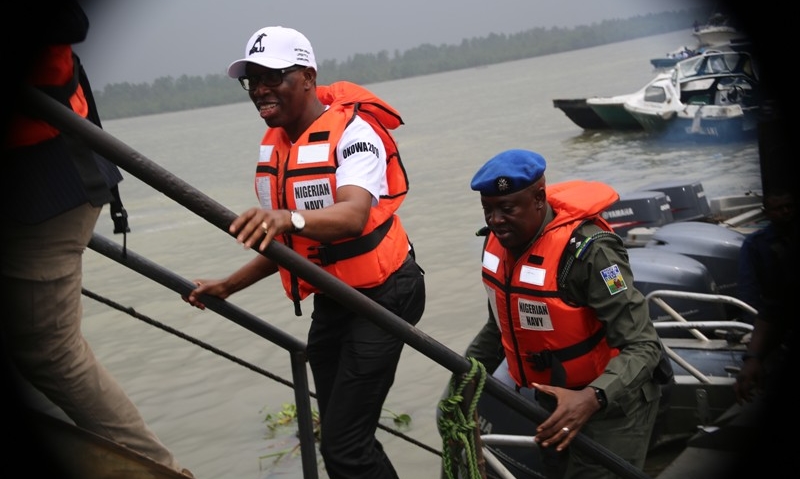 Delta State Governor, Senator Dr Ifeanyi Okowa has said the people in riverine communities should not be denied of basic amenities because of the terrain they live in.

According to the governor who spoke on Wednesday, January 30, 2019 at the campaign rally of the Peoples Democratic Party (PDP) in Burutu, Burutu local government area of Delta State, said his administration’s quest to develop all parts of the state was spurred by the commitment to making life better for Deltans no matter where they are.

“We thank the people of Burutu for giving us peace, with peace, we are happy to be constructing roads and bridges; some persons will call it difficult terrain, but, our concern is that our people, Deltans are in those areas, so, we must take development projects to them, they deserve basic amenities,” the governor said.

While thanking the people for their heavy turnout for the rally despite the riverine nature of the area, Governor Okowa reeled out several projects his administration has executed in the area, promising that next four years will be an era of increase in government presence in the riverine communities.

He continued, “the partnership between us as a government and the people of our great state is yielding a lot of results, our people are happy, peaceful and industrious; we know you will vote for all the candidates of the PDP; we are one people, united, focused, another four years will witness tremendous development.”

“We don’t just visit communities because of campaign, to ask for your votes, we visit communities because, we are proud of our people, we are proud of the projects we have executed, we are happy with ongoing projects and we are confident of meeting with the needs of our people going forward,” the governor who was accompanied to the rally by his wife, Dame Edith said.

They commended the people for supporting Governor Okowa and urged them to increase the number of votes to Alhaji Atiku Abubakar as President, Governor Okowa for him to continue for another four years and other candidates of the party for different positions to enable them continue to reap the benefits of good government.

High point of the event was the presentation of flags to candidates for different positions in the area by Barr. Esiso.