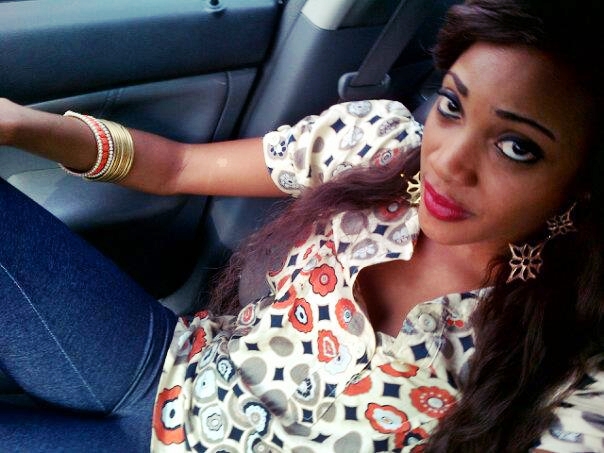 A Lagos State High Court in Igbosere has sentenced Okwumo Nwabufo and Olisaeloka Ezike to death by hanging for the murder of Cynthia Osokogu on July 22, 2012.

The deceased, a postgraduate student of Nasarawa State University, was strangled to death by the convicts at Cosmilla Hotel, Lake View Estate, Festac Town, Lagos.

Justice Olabisi Akinlade declared that after carefully analysing the evidence presented before the court, testimonies of prosecution witnesses, and confessional statements the deceased made to the police, she was left with no doubt that the accused killed Miss. Osokogu and found Nwabufo and Ezike guilty as charged by the state.

The other  accused were:  Orji Osita, 33, who is a pharmacist  and Ezike Nonso, 25. the younger brother of Olisaeloka Ezike.

They were, discharged and acquitted of of recklessness and negligence for selling prescription drugs without prescription which the accused used in drugging the deceased.

All the accused faced a six-count charge of  conspiracy, murder, stealing, recklessness, negligence and possession of stolen goods.

Justice Akinlade found Nwabufo and Olisaeloka guilty of four counts of stealing, murder, conspiracy to steal and conspiracy to murder preferred against them.

Before passing judgment, the judge asked the accused if they had anything to say.

Victor Okpara and Emeka Eze, counsel for the first and second accused, made  pleas for mercy.

Okpara said the first accused was a first time offender and had ” tremendous energy to do something worthwhile with his life. I urge this court to grant him a reformative sentence.”

But in her response, Justice Akinlade said Section 221 of the Criminal Law of Lagos State says clearly that a person who commits murder, shall, be sentenced to death.

Akinlade, thereafter, sentenced the duo to death for the second count of murder.

“I pronounce the sentence of this court upon you Nwabufo and Olisaeloka, that both of you be hanged by the neck until you be dead. May God have mercy on you,” Akinlade said.

“In judgment, justice is required not only for the victim, but also for the society. In their attempt to steal Cynthia’s property, they stole her life.

“They were not even remorseful. But for the efforts of the police and the Ministry of Justice,  we wouldn’t have been able to do anything. This court cannot change the law,” she said.

The judge said that the prosecution proved its case beyond every reasonable doubt by providing all the evidence needed to prove the ingredients of murder and stealing.

She said that the testimony of the ten witnesses was corroboratory.

“The first prosecution witness (PW1) evidence, who was the hotel receptionist corroborated the PW3, the hotel manager’s testimony.

Akinlade said that  PW1  told the court that the two accused were seen in the hotel and they lodged in the particular room where the body of Cynthia  was found.

The judge, after reviewing all evidence,  discharged and acquitted Orji Osita and Nonso Ezike.

Osita, the pharmacist was charged with the offence of selling a drug called Rohypnol which was used in drugging the deceased, Cynthia, without a doctor’s prescription.

The court could not find him guilty because there was no evidence to corroborate the second accused testimony that it was the pharmacist that sold the drug to him.

The court discharged the fourth accused, Nonso, saying that the prosecution could not prove the case of receipt of stolen phones of the deceased..

The website  drugfreeworld.org, explains the power of the drug used by the convicts on Osokogu.

It says that Rohypnol is a tranquilizer about ten times more potent than Valium. The drug is available as a white or olive-green pill and is usually sold in the manufacturer’s bubble packaging. Users crush the pills and snort the powder, sprinkle it on marijuana and smoke it, dissolve it in a drink or inject it.

“Rohypnol has been used to commit sexual assaults because it renders the victim incapable of resisting, giving it the reputation of a “date-rape” drug.

“The effects start twenty to thirty minutes after taking the drug, peak within two hours and may persist for eight or even twelve hours. A person can be so incapacitated (made unable to act) they collapse. They lie on the floor, eyes open, able to observe events but completely unable to move. Afterwards, memory is impaired and they cannot recall any of what happened.

“Rohypnol is sold in Europe and Latin America as a sleeping pill, but it is illegal in the United States”