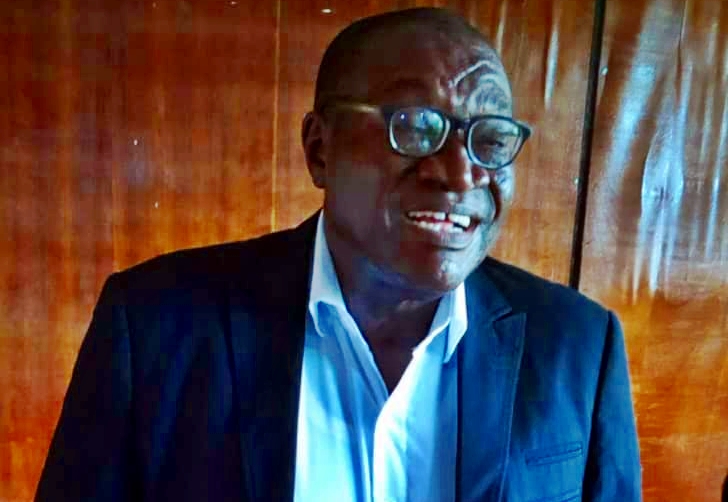 It was all excitement and joy on Thursday, June 6, 2019 as Comrade Henry Chukwuemeka Iloba retired from the Federal Civil Service.

Based on the Federal Civil Service rules, which stipulates 60 years of age or 35 years of service, for the mandatory retirement of public servants, the former Delta State Deputy Directory, Operations of the National Orientation Agency (NOA), Delta State Directorate, Comrade Henry Iloba, retired from service on his 60th birthday on Thursday, 6 June 2019, after a meritorious service.

Comrade Iloba who rose to the position of Deputy Director, Operations, from Assistant Director, Admin and Finance, in January, 2014, after acting as State Director between 1998 – 1999, worked assiduously during his years in service, to reposition the Agency along with its various units and organs, into a proactive, knowledge based and activity driven Agency, able to rise up to evolving challenges in our national space.

In a well attended birthday/ retirement party in his honour, organised by staff of the directorate, Comrade Henry Iloba expressed his gratitude to the Federal Government for the opportunity given to him to serve the nation as NOA Deputy Director, Operations, and for the support the Agency enjoyed during his tenure.

Responding to the honour given to him by the staff, he stated that he was humbled in the sense that this is the first of its kind in the State Directorate of the Agency, that a retiring State Deputy Director would be celebrated with a birthday/retirement party, by this multitude.

Recalling the period of his appointment as Director in acting capacity between 1998-1999, the 1983 University of Benin trained sociologist and veteran journalist, noted that he was not the most hardworking or intelligent officer of the State Directorate, but he was a dedicated staff and that could be the reason God guided him to this retirement age.

Comrade Iloba counselled all staff present on the best way to carryout the Agency’s assignments and while thanking the staff of the Agency for their cooperation during his active years in service, pledged to remain an advocate and ambassador of the Agency, as well as devoting quality time to his journalism practice, which will now be his next area of engagement.

He also called on the management and staff of the Agency to support and cooperate with one another to move the Agency to a higher level.

In their farewell remarks, during the goodwill speeches segment of the event, the Assistant Director Admin and Supply, Mrs. Patricia Umunna, HoD Account Mrs Florence Nwabuzor, Ogechi Abah and Godffery Eghrudiagbor among others who spoke, commended Comrade Iloba for his unifying factor style all through his service years and wished him the best of luck in his future endeavours.

Also speaking, Comrade Abel Johngold affirmed that Comrade Henry Iloba was not only the Agency’s unifying figure but also a father to all with lots of experiences in the job. Adding that the man was one of the few detribalized Nigerians that were difficult to find.

“Oga Iloba guides and motivates one to do his,/her assignment dutifully” he said.

On their part, both management and staff expressed their joy and prayed for the outgoing Deputy Director.

Highlight of the very warm and convivial retirement party, was a befitting toast to Comrade Henry Iloba, in recognition of his impressive leadership qualities as a great Unionist, who rose to become the Chairman of Federal Information Chapel of the NUJ in the state, as well as his tremendous administrative and strategic contributions to the sustenance of the NOA in Delta State.