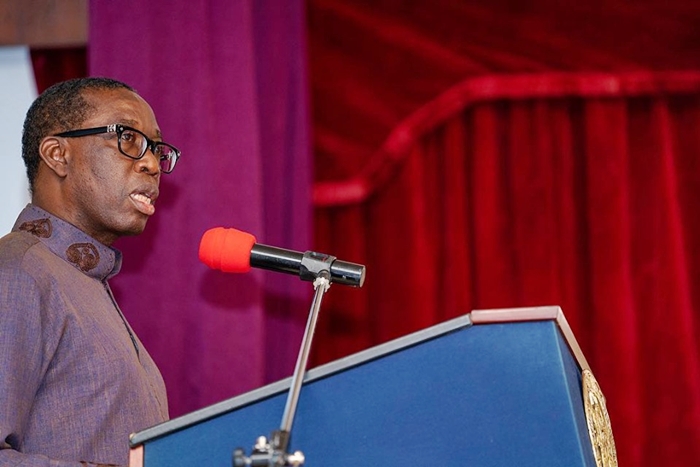 Delta state riverine ethnic nationalities communities say they are waiting keenly for Governor Ifeanyi Okowa to fulfill his promise to them as he begins his second tenure.

They tasked the Governor to commence the creation of Coastal Area Development Agency in order to fast track development to the area beyond his administration in the state and commended him for promising improved developmental attention to riverine communities in Delta State.

The call was made in Asaba on Friday, June 7, 2019 by an Ijaw Community leader and Activist and Peace Ambassador, Comrade Mulade Sheriff, who commended the governor for assuring the riverine communities in Delta State of speedy development projects of the riverine bank Communities of Ijaws, Itsekiris, Isokos, Ndokwa, Urhobo and other riverine parts of the the state.

Comrade Mulade also enjoined other PDP Delta House of Assembly members across the state to join hands with Governor Okowa to collaborate towards establishing the Coastal Areas Development Agency, CADA to address the numerous developmental needs of those domiciled in riverine communities.

He added that Deltans are hopeful that CADA will have Forcados, Escravos, Isoko, Ndokwa, Urhobo, Itsekiri and Ijaw coastal communities connected to the upland by road networks within the next four years if created, supported and empowered to implement and monitor projects through initiative of Communities Participatory Partnership Understanding that will guarantee security and peace in coastal Areas of the state.

The renowned Environmentalist and Peace Advocate, said thus “Governor Okowa’s name will be remembered, written in gold if he tackles the numerous challenges of the riverine communities by creating this special agency that will accelerate development. It is our hope and expectation that our dynamic Governor will keep to his promise as EKWUEME of ensuring that the riverine communities receive improved attention”.

He further commended the Governor for acknowledging that the coastal communities are the economic fortunes of the nation and the state and should not continue to suffer underdevelopment by present and future administration to come.

It would be recalled that Governor Okowa in Media Appreciation Meeting with Journalists on Thursday, June 6, 2019, promised to that the riverine areas of the State will witness massive development, stressing that their economic importance demands proportionate attention.

“Those in the riverine also needs development, We can make them truly happy by touching their lives and I believe that as we go through this second tenure, we will pay more attention to the riverine areas because they are part of our State and also essentially because a lot of our resources as a Nation and as a State come from those areas”, Okowa promised.