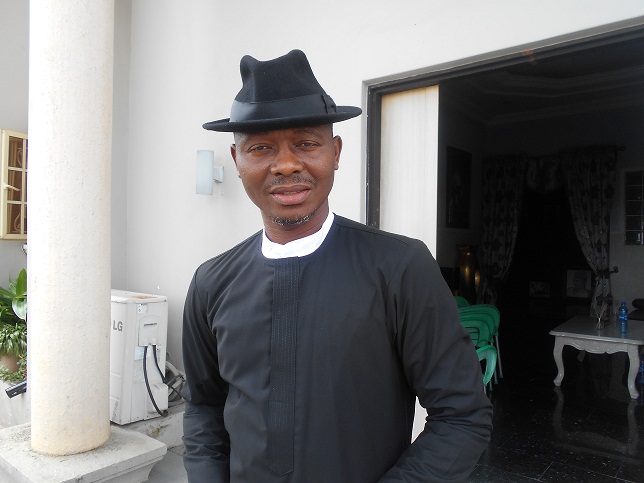 Chris Ekiyor has commended Governor Okowa led Government for being proactive in handling the issue of Pipeline Vandalization allegedly orchestrated by the Niger Delta Avengers and called on the Federal Government to discontinue the present militarization of the Niger Delta Region.

He gave this commendation while responding to questions from Newsmen in Asaba, stating that Okowa has done more than the Federal Government in curbing Oil facility Vandalizations by Militants.

Dr. Ekiyor stated that “Being the Secretary of the Delta State Government Advocacy Committee Against Oil Infrastructure Vandalization where the Deputy Governor is Chairman, Governor Okowa was very proactive when he setup this committee during the height of the bombardment of the Forcados Terminal by the Niger Delta Avengers. As a State Government, we spent 21 days in the creeks going from Community to Community sourcing for information that will help us engage the Niger Delta Avengers.”

“The Committee was able to secure four (4) successive cease-fires. The first was 7 days, second was for 2 Weeks, the third was 3 weeks and the last one was for 30 days which just elapsed on the 2nd of December this year.”

Chris Ekiyor stressed that In terms of being proactive; the Delta State Government is more proactive than the Federal government in trying to address the vandalization of Oil Facilities.

He further decried the approach of the Federal Government by Militarizing the Niger Delta Region which has only created tension and disrupting the State Government approach. “The state doesn’t have control over the Oil companies or the Military, so while we are holding down on our communities and the NDA, the Military invades our communities, and occupies our region which in turn provokes response from the Niger Delta Avengers. So we are going back and forth.”

“Most times when the Delta State Government Advocacy Committee Against Oil Infrastructure Vandalization appeals to the Niger Delta Avengers to sheath their swords and achieve a unilateral ceasefire, the Military in the next few days will go into a community seize their properties, molest the people, kill someone and then the Avengers will respond by blowing up Oil facilities in retaliation of breaching of ceasefire agreements.”

Delta State is the theatre right now for all these bombardment and has caused the Nigerian Government so much money and of course the Delta State Government is harshly feeling the impact because of the derivation structure.

He asserted that, “If Okowa’s prosperity mantra must succeed, then Oil money must be available to push it and a Perpetual Military occupation in our region will not necessarily put an end to bombardments.”

Chris Ekiyor called on the Federal Government to synergize with Delta state Government to resolve this issue amicably through Grassroots dialogue and discontinue the militarization of the Niger Delta Region.

Dr. Chris Ekiyor has also proposed a solution to the ongoing land conflict between the Ogbe-Ijoh and Aladja Communities.