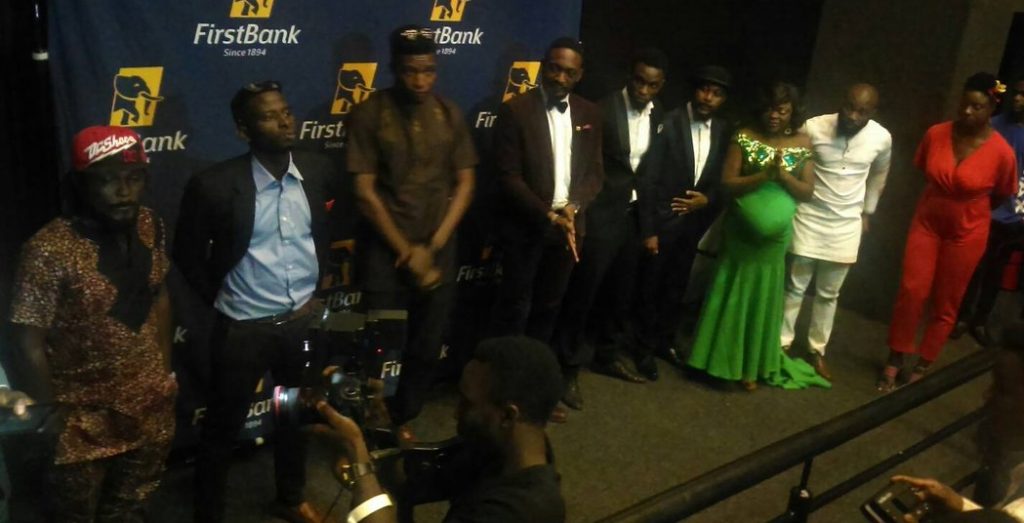 Winners of the FirstStars Reality TV Show organized by First Bank Nigeria Plc in partnership with EbonyLife TV have emerged.

The Reality TV Show which was conducted under a bootcamp for 6 weeks running and premiered at FilmHouse IMAX Cinema, Lekki on December 14 with Team Sisterly emerging as top finalist among several.

Winners of the show emerged under a ballot voting process by a panel of judges which saw Team ‘Sisterly’ directed by Essang Solomon emerged winners and were rewarded with Five Million Naira cash prize while Team ‘It Takes 5, directed by Preere Opuofoni, came second with a Runner-up prize of One Million Naira.

Speaking at the prize giving ceremony, Deputy Managing Director of First Bank Nigeria, Gbenga Shobo said; “This is one way First Bank of Nigeria is contributing to the development of creative industry in Nigeria. Things like this are done in other countries of the world and we believe it should also be done here to help our young talents develop their skills in theatre and film productions.”

FirstStars Reality Show is the first of its kind sponsored by First Bank Nigeria Plc. It is a competitive reality show that affords Nigerian youths an opportunity to project creative skills in five key categories: directing, producing, art directing, script writing and acting had 25 filmmakers go through a filmmaking ‘Boot camp’.

This comprises several tasks including creating a short ‘made for TV’ films of average 60 minutes each with minimal technical supervision and an original advert for First Bank.

The Films will air on EbonyLife TV.