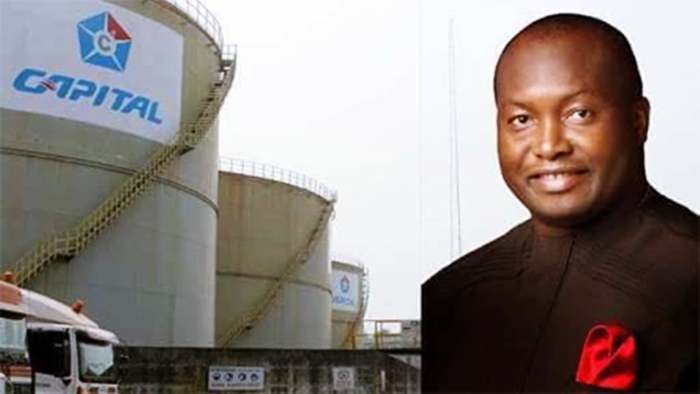 The Managing Director of Capital Oil and Gas Limited, Dr. Ifeanyi Ubah, has been released from the Department of State Service (DSS) custody.

Vanguard reports that, sources said the oil mogul was released yesterday night unconditionally by the Department of State Services after a “No Case” was established, following a tedious investigation by the DSS in his rift with the NNPC.

The DSS had arrested Dr. Ubah over his alleged connection with a claimed theft of petrol kept in his tank farm in Lagos by the Nigerian National Petroleum Corporation. The product, it said, was valued at over N11 billion. The agency said Ubah’s action amounted to economic sabotage, with “capacity to negatively impact on national economy.”

A statement by its spokesman, Tony Opuiyo had said further that Ifeanyi Ubah was also arrested because he further engaged in other activities inimical to national security and public order.

“In furtherance of his gimmicks to undermine the government and people of Nigeria, he has incited members of the Petroleum Tanker Drivers (PTD), a critical player in the downstream sub-sector of the Petroleum Industry, to refuse/stop the lifting of products.

“This is part of his plans to curry their sentiments and cause them to embark on strike and also stage protests in his favour with the ulterior motive of arm-twisting the NNPC to abandon the cause of recovering the stolen products. The implications of this on law and order is, in fact, a common knowledge. It is consequent upon this that the Service arrested and will prosecute him forthwith.

“The public is hereby reassured that the Service will collaborate with appropriate agencies to ensure that the mischievous activities of any person or group(s) to engage in illegal activities will not affect the effective distribution of products across the country. It will also support such agencies to bring to book individuals or companies involved in any criminal act that undermines the nation’s economy”.

However, the source from Ubah’s camp who also confirmed his release said the oil magnate decided to keep his release on a low key.

Recall that the Nigerian National Petroleum Corporation, NNPC, had accused Ubah of diverting its product in his tank farm amounting to N11billion.

But Ifeanyi Ubah had denied the allegation, maintaining he is innocent while providing proves that the NNPC was not sincere with its position against him.

Ubah had, through an official letter from his firm, confirmed that he had a face-off with the government-owned firm, NNPC over unpaid and overdue debt amounting to over N16billion owed his company, Capital oil & Gas.

he letter said NNPC surprisingly involved the DSS when Ubah paid himself N11Billion out of the N16billion owed him from products stored on his Apapa tank farm by the NNPC, an act he said was a simple issue of counterbalancing.