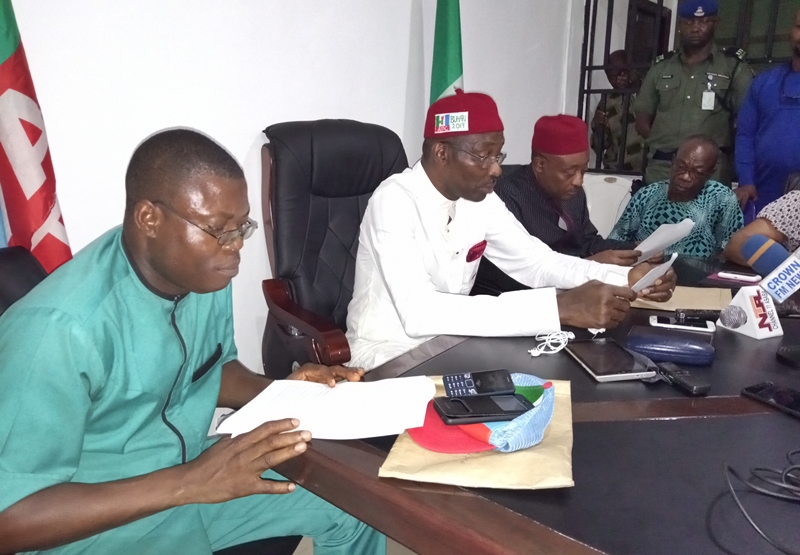 The Delta State Presidential Campaign Committee of the All Progressives Congress, APC, has assured Deltans of a new lease of life after the 2019 general elections as the State is set for redemption from the hands of the Peoples Democratic Party, PDP.

The committee through its Spokes person, Dr Cairo Ojougboh disclosed this to Journalists during a press conference on Wednesday, January 16, 2019 at the State secretariat of the Party in Asaba.

Dr. Ojougboh who was intimating the Press on the visit of President Muhammadu Buhari to the State to flag-off the party’s Presidential and Gubernatorial campaigns, said, “It is obvious that APC will sweep the polls in the Presidential elections and the State elections in Delta State come February 2019”, adding that, APC will foil all rigging procedures perpetuated by Delta PDP in past elections.

“We will checkmate it, and I can assure you that there will be dry voting in Delta State and then, you will see the results that will surprise you. For example, if you vote normally in Ika North East, you cannot get more than 10,000 votes. So, if the Governor is hoping that he’s going to bring out 90,000 votes from Ika North East, tell him to go and think again.” Ojougboh hinted.

On the visit of President Buhari, he said that Deltans will have the privilege to hear directly from the President on his programmes and policies for the State in the next four years, urging all Deltans to move from the opposition into the ruling party.

“Delta APC shall demonstrate the power and unity never known before in the history of the Party in Delta State. The members of APC in Delta State led by the Gubernatorial Candidate, Chief Great Ogboru and State Chairman, Prophet Jones Erue are delighted to have the President visit and address the good people of Delta State. To advance and present reasons why Deltans should join the mainstream and not remain in the opposition.”

Ojougboh further expressed that, ‘the need to flush out the decadent PDP government in Delta State can not be over emphasized. This visit is coming at a time when Deltans are praying for the messiah to rescue its citizens from the clutches of corruption, inefficiency, thievery, violence and unimaginable scale of deceit by a gang of thieves masquerading as politicians.”

The Spokes person implored Deltans to queue behind President Buhari as his administration has delivered excellently on the mandates he promised Nigerians of which Deltans have benefitted from them including the appointments of numerous sons and daughters of Delta State into his administration.

Dr. Cairo Ojougboh disclosed that other notable achievements recorded in the past three and half years of President Buhari government are evident in; the fight against corruption, the revamping of the economy through massive infrastructural works on the rail networks, the vast works on the East West road, the Ewu-Agbor-Sapele Way project, the smooth operation of the 133 KVA Benin-Agbor-Asaba Substation and Transmission Electricity Lines, renewed fight against Boko Haram and other insecurity in the country and the array of Social Investment Programmes which have changed the lives of many women and youths of Delta State