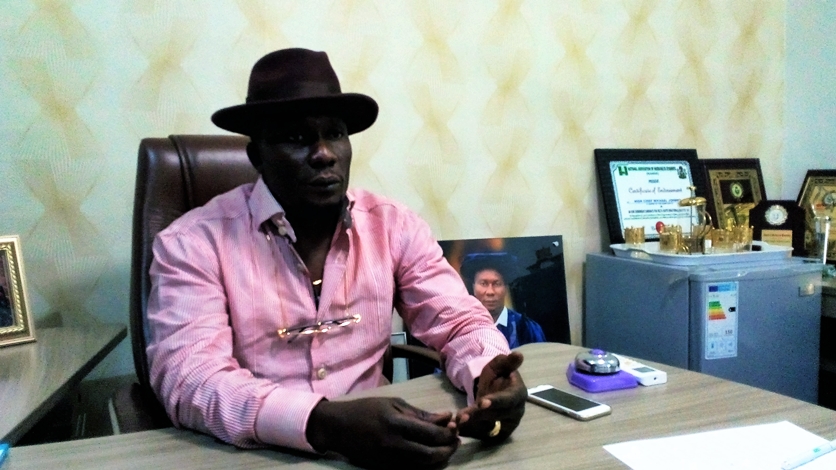 As the battle for the exalted position in the oil rich zone of Nigeria, Delta South Senatorial District in Delta State keeps raging, a chieftain of the All Progressives Congress, APC, Chief Michael Johnny has asked President Muhammadu Buhari to restore his stolen mandate as the authentic senatorial candidate for the zone in next month’s election.

Chief Michael Johnny, while expressing his displeasure to President Buhari, accused the duo of the National Chairman of the party, Comrade Adams Oshiomhole and the immediate-past Governor of the state, Dr. Emmanuel Uduaghan for promoting impunity in the party and stealing his due mandate.

Chief Michael Johnny in an elaborate statement  on the planned  visit of President Buhari  to Delta State to Flag Off the APC presidential and state campaigns, he sternly condemned the sinister moves, and demanded that his status quo as the Senatorial Candidate of the APC for Delta South be restored.

In his words, “On this Special Occasion of your Campaign visit to Delta State, I want to sincerely appeal to Mr. President to address the injustice melted on me by the National Chairman of our great Party, APC, Comrade Adams Oshiomhole and former Governor of Delta State, Dr Emmanuel Uduaghan.

“Mr President, be informed that I spent my hard earned money and time for the Delta South Senatorial Race. I went round the length and breadth of the Senatorial District on Consultation visits where I was widely accepted by my people. But at the end of the day, I was short changed and rudely denied of the Party ticket. Primaries were never conducted and as a result of the impunity going on in the Party, the National Chairman of the Party, Comrade Adams Oshiomhole singlehandedly gave the Delta South Senatorial District ticket to the immediate past Governor of Delta State, Dr Emmanuel Uduaghan, an unacceptable Candidate.

“On a good day, the former Governor cannot stand me in any election, but his kinsman from Edo State, Comrade Adams Oshiomhole threw caution to the wind and gave the Senatorial ticket to who did not Campaign to any local government in the district and never embarked on any consultation visit. I want to stress it Mr President that there is no way the ex-governor, Dr Uduaghan can defeat me in a free and fair election. Mr. President, be careful of political businessmen who cannot win in a free and fair contest.

“I am already challenging this impunity that is capable of tearing our Party apart in Court. But Mr President arise and address the grave injustice done to me by the National Chairman of the party, Comrade Adams Oshiomhole who introduced impunity into our party. Mr President for your integrity sake, I am pleading with you not to allow the National Chairman of the party to hand over the Delta South Senatorial District ticket to Dr Emmanuel Uduaghan because Primaries were never conducted anywhere. Mr President, Comrade Adams Oshiomhole and some members of the Party are not telling you the truth about our Party. Be watchful of them.” Chief Johnny expressed.

While assuring of his army support for the re-election of President Buhari, Johnny urged Buhari to grant more attention to Okerenkoko community and further visit the hinterlands of several Ijaw communities to enable the people feel his presence.

“Mr. President, you are welcome to Delta State where your victory in the February 16, 2019 Presidential election is assured. You have brought visible development to all parts of the Country since you assumed office May 29, 2015. The Niger Delta Region has had a fair share of the good gesture of your administration. Mr. President, I salute you for your uncommon wisdom of piloting the affairs of our beloved country.

“I want to assure you that I will continue to work round the clock to ensure that you sweep the polls in Delta State. You meant well for our people and this is why I have mobilised my people to ensure a landslide victory for you and you can be rest assured always of my support and total commitment to your Administration.

“Do not end your Campaign visit to Delta State in Warri or Asaba. I want to appeal to our dear President to take his Campaign to Ijaw communities in Delta State as my people are very eager to see you in order to have that sense of belonging.

“Mr President, may I also use this occasion of your Campaign visit to implore you to prevail on the relevant authorities to release funds for the Nigerian Maritime university, Okerenkoko. The University, first of its kind in West Africa is being starved of funds. I know that you have good intentions for the Nigerian Maritime University, Okerenkoko and I want you to address the issue of its funding. Also, I want our dear President to urgently act fast on the Dockyard that was supposed to be located in Okerenkoko too. The Dockyard is being held by some powerful forces in Lagos and this is unacceptable to us. We want the Dockyard in Okerenkoko and nowhere else.”

Chief Michael Johnny further appealed to President Buhari to prevail on the factions in the state in order to achieve a common front in the battle to defeat PDP in the general election.