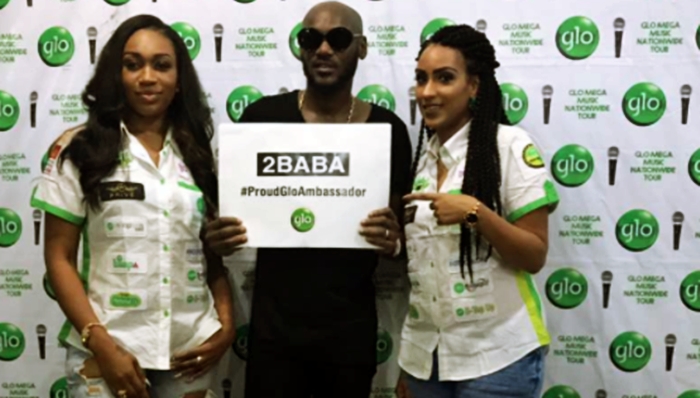 This is coming on the deveopment that the legendary singer refused to renew his contract with Airtel upon its expiration.

The ‘African Queen’ crooner was unveiled, Sunday night, at the Glo Mega Music Tour event in Port Harcourt, Rivers State, where he also thrilled the audience.

Recall that 2face’s contract which he signed with Airtel in 2015 expired few weeks back. Consequently, the pop singer declined to renew the deal citing personal reasons. But it’s obvious now that 2face dumped Airtel to join other top Nigerian entertainers as Glo brand ambassadors.

Timaya, who signed a deal with the company in 2016, is the most recent high profile entertainer to become a Globacom ambassador.