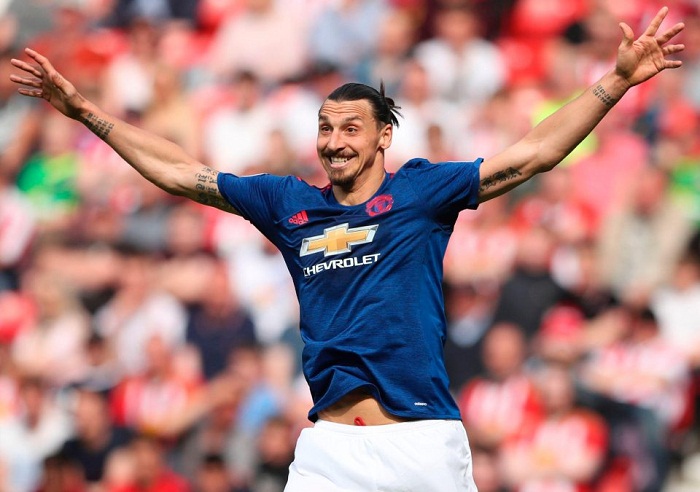 Manchester United top scorer, Zlatan Ibrahimovic reckons he has become more intelligent as a football as he’s got older saying he feels like the ‘Benjamin Button’ of football.

Ibrahimovic told Sky Sports after scoring the first goal in the 3-0 win at Sunderland.

Benjamin Button is the fictional character who ages backwards, beginning as an old man and becoming gradually younger.

“I train hard, I keep focusing, I believe in what I do and I know what I am able to do.

“It seems like the older I get the more intelligent I get because of course I can’t move the same as five, 10 years ago.

“You don’t waste as much energy on stuff you don’t really need, so my game is getting better and better.

“I feel like Benjamin Button. I was born old, I will die young’.”

Ibrahimovic, 35, has now scored 250 goals since he turned 30, playing for teams including AC Milan, Paris Saint Germain and United.

It was vital for United to win at the Stadium of Light after back-to-back home draws to keep in the hunt for a Champions League spot through the Premier League.

They can, of course, win the Europa League and qualify for Europe’s top competition that way.

But Ibrahimovic added: “It was an important three points, especially after games when we haven’t got what we wanted.

“We have to keep focused, keep working, keep believing that we can reach the top four.”

United are now unbeaten in 21 league games, having last lost to Chelsea who they face next.