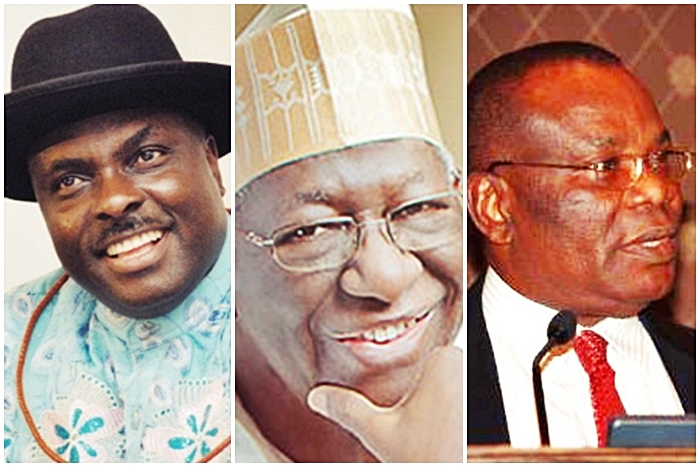 In a congratulatory message signed by his Chief Press Secretary, Mr. Charles Aniagwu, Governor Okowa extolled their enigmatic political prowess, leadership qualities and astute contributions to the development of Delta State and Nigeria in general.

Saluting the sterling and legendary contributions of Chief Ibori to the political development of Delta State and Nigeria, the Governor Okowa added that the Ibori political philosophy which has endeared him to Deltans and

The Governor paid glowing tribute to Chief Ibori for championing the fight for Resource Control and Fiscal Federalism in Nigeria.

Okowa said: “On behalf of the government and people of Delta State, I felicitate with a leader par excellence, Chief James Ibori, on the occasion of his 59th birthday.

“Deltans and Nigerians cannot forget in a hurry how you laboured to build the most virile, potent and unassailable political family in Delta State and beyond even as your legacies still dot the nooks and crannies of the state.

“It is our prayer that God will continue to protect you and grant you good health to render more services to mankind.” He said.

While felicitating with Chief Anenih, Okowa said, “On behalf of my family, the government and people of Delta State, I extend very warm felicitations to you as you turn 84 years on Friday, the 4th of August, 2017.

“As a founding father of our great party the PDP, you led the party and set the pace for the party’s winning streak from 1999 to date.

“Your uncommon leadership qualities, courage, and evident faith in the peace, unity, progress, and prosperity of our dear nation have seen you remain one of Nigeria’s most highly respected political icons over the years.

Gov. Okowa further described the Iyasele of Esan land as a patriotic Nigerian and a gentleman par excellence, a team player and above all, a God fearing leader.

The Governor expressed his appreciation to Chief Anenih for having been such an amiable leader in the PDP and on behalf of the family, the Government and people of Delta State, prayed God Almighty to guide, protect and grant Chief Anenih more fruitful years of contribution to nation building.

In another congratulatory message to the renowned Professor of Political Science, Governor Okowa said he was grateful to God for giving him Prof. Oyovbaire as a “Political father” and prayed God to grant him more wisdom as he continues to contribute to the upliftment of Delta State.

Okowa said, “On behalf of my family, the government and people of Delta State, I felicitate with my political father, a party stalwart and leader of inestimable value, Prof. Chief Sam Ejite Oyovbaire on the occasion of his 76th birthday anniversary.

“The immeasurable and invaluable contributions you have made to national development is indelible in the minds of Nigerians. Your life symbolises the assured reward for single-minded commitment to the ideals of diligence, humility, perseverance, focus and dedicated service.”

“I join your family, friends and well wishers to thank Almighty God for His continued guidance, protection and provision for you in the past 76 years of a life of forthrightness, outstanding patriotism and service to humanity with which He has blessed you.” The Governor said.