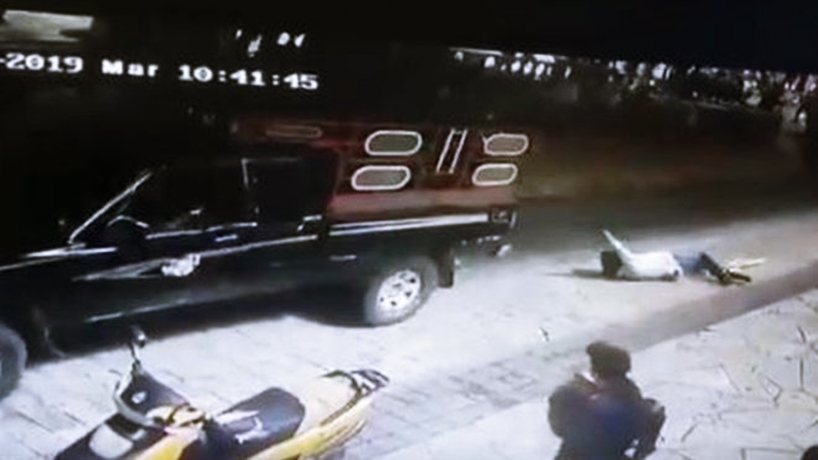 The mayor of a village in Chiapas state, Mexico, Jorge Luis Escandón Hernández has been humiliated by angry locals over demands to fulfil his campaign promise to repair a local road.

According to BBC, Eleven people have been arrested in southern Mexico after the mayor of their village was dragged out of his office, tied to a pick-up truck and dragged through the streets.

It was the second attack by farmers demanding that he fulfil his campaign promise to repair a local road.

Extra officers have been deployed to the village in Chiapas state.

Mayors and local politicians in Mexico are often targeted by drug gangs when they refuse to cooperate with their criminal schemes but it is less common for them to be attacked over their campaign promises.

Mr Escandón said he would press charges for abduction and attempted murder.

Video taken by bystanders outside the mayor’s office showed a group of men pulling him out of the building and forcing him onto the back of the vehicle.

Footage captured later by a CCTV showed him being dragged along, tied with a rope around his hands to the back of the truck through the streets of Santa Rita, which forms part of Las Margaritas.

It took dozens of municipal police officers to stop the vehicle and rescue the mayor. Several people were injured in scuffles between the police and those who had abducted the mayor.