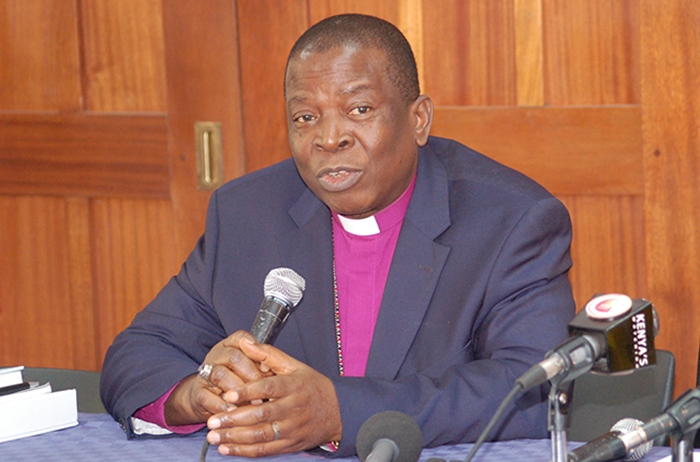 Primate of all Nigeria Anglican Communion and Bishop of Abuja Diocese, Most Reverend Nicholas Okoh, has kicked against the articles of the grazing reserve bill in the country.

Okoh made the call at the 1st Session of the 10th synod, held at St. Mathew’s Church, Maitama, on Friday in Abuja.

The three-day programme is tagged: “Teacher, Do you not care that we are perishing?’’ taken from the Book of Mark Chapter 4 Verse 38.

He said that the grazing reserve bill was unfavourable and unkind to an average Nigerian and his community.

“We, therefore, do not support the grazing reserve bill in its entirety.

“There is no doubt that from the business of animal husbandry, the herdsmen and their principals have made a lot of money.

“A stock fish dealer who migrates from Aba to Kano has the responsibility of funding the re-establishment of his business in Kano without disturbing the government.

“These are private businesses and should not be treated as such. Those who benefit directly from the business should fund it,” he said.

The cleric urged the Federal Government to institutionalise the fight against corruption by infusing it in school curricula.

He said that it should be institutionalised at the Federal, State and Local Government levels, so that it would be part of primary, secondary and tertiary educational system.

“We identify with government in this fight, recognising it as a noble and worthy cause, but we wish to urge them to ensure that it is pursued with utmost integrity and without bias.

“We suggest that it should be institutionalised and take further steps to make it part of the school curriculum at primary, secondary and tertiary levels of our educational system,’’ he said.

Okoh called on the government to tackle the issue of unemployment and give it the desired priority in the programmes of the country.

He said that the overwhelming rise in the number of able-bodied unemployed people in the country, particularly since economic recession sets in, has become worrisome.

King Edward Asimini, Natural Ruler and Amanyanabo of Grand Bonny Kingdom, in his speech at the event, called on government to create jobs, improve power supply and ensure that the fight against corruption spares no one.

Asimini also called on leaders to rise up, clean up the past and redouble their efforts in bringing the country’s economy out of recession.

“If our leaders cannot achieve all these, then they do not have any business being in power.

“We should pay attention to the cries and yearnings of the masses. It is God that has made us leaders and at the helm of affairs.

“I urge our spiritual leaders never to relent in the one goal of ensuring salvation for mankind.

“It should therefore be your priority to ensure that the people do not perish as the theme implies,’’he said.