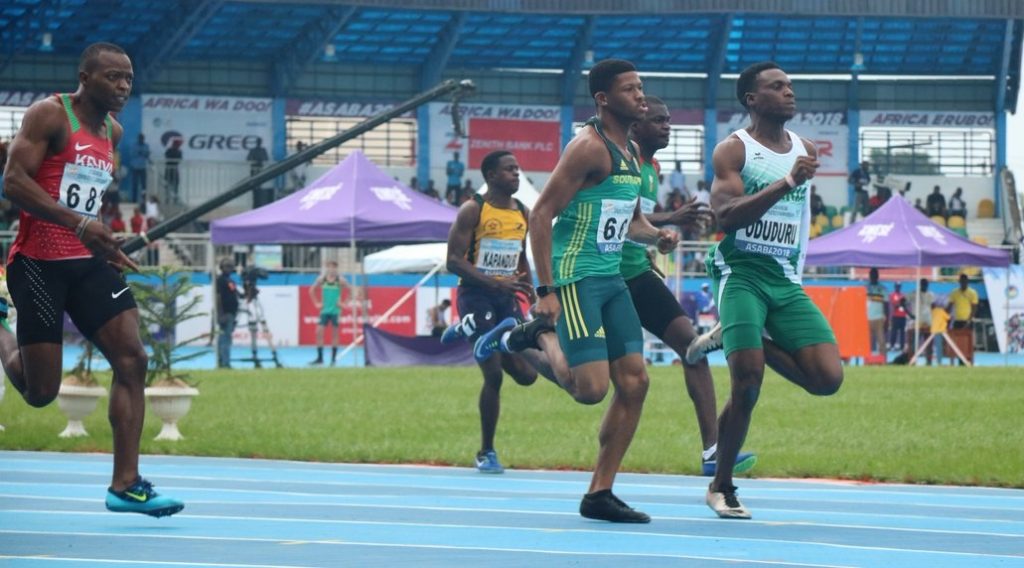 The Delta State Government has described the contents of an article ‘The Asaba Disgrace, What a big disgrace’ written by Dr. Rueben Abati, former media aide to ex-president Goodluck Jonathan, as absolute falsehood heavily supported with unconfirmed reports.

In a statement by the state Commissioner for Information, Mr. Patrick Ukah, in Asaba on Wednesday, August 8, 2018, revealed that the article is a figment of the imagination of the writer who was not in Asaba during the recently concluded African Senior Athletics Championship hosted by the state.

The Commissioner for Information stated that for the article to be made public almost immediately after a similar statement by an All Progressives Congress (APC) member from the state, Prof. Pat Utomi, on national television stations, is a clear manifestation that it has political undertones.

Mr. Ukah wondered if the unwarranted outburst of the duo is not connected with sinister plans by the Patito’s gang, led by Prof Utomi, a neophyte in Delta State and national politics, to feed the people with lies capable of leading them astray.

He said that Abati in a haste to do his paymaster’s bidding, claimed that Tanzanians protested and boycotted the championship, but Ukah said that Tanzania did not register for the competition so would not have come to Asaba in the first place.

He expressed surprise that a championship that received high accolades from athletics and eggheads such as the President of International Association of Athletics Federations (IAAF), Lord Sebastian Coe, and the President of the Confederation of African Athletics (CAA), Hamad Kalkaba Malboum, could be scored low by a novice in the field.

According to the Commissioner, for us as a state, taking delivery of the stadium after several years of abandonment, coupled with high commerce that took place in terms of sales, transportations and hotel bookings during the competition is of great importance.

Ukah disclosed that for anybody to say that the money used in hosting the competition was a waste was an indication that such a person does not know the millage the country has gained through the hosting.

He cautioned journalists and opinion leaders to get their facts right about happenings in the state straight before running to the press, especially on issues that they have little or no knowledge about.