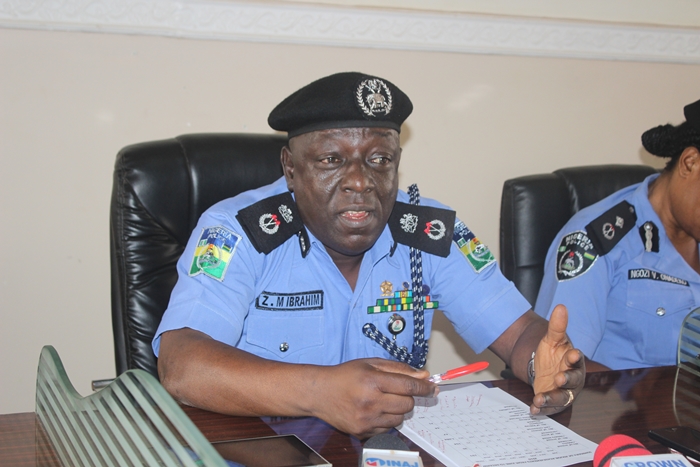 …As CP Orders Restriction Of Movement Across Niger Bridge Ahead of Anambra Election.

Ahead of the January 6th, 2018 Local Government elections in Delta State, the State Commissioner of Police, Delta State Command, CP Zanna Ibrahim psc has disclosed that 24,229 officers and men will be deployed to the 3624 Units across the State to provide adequate security for all during the exercise.

CP Ibrahim made this disclosure during a media chat with the Press at the State Command headquarters in Asaba. He said “the Command is aware of the forthcoming local government elections billed to take place, on 6/1/2018, simultaneously in all the three thousand, six hundred and twenty-four (3624) units of the four hundred and sixty-six (466) wards in the twenty-five local government areas of Delta State, it has accordingly put strategies in place to ensure seamless elections by providing security for the DSIEC and adhoc staff, election materials and to create enabling security environment for the elections amongst others.”

Meanwhile, CP Ibrahim has ordered the restriction of vehicular movements through the Niger bridge during the forthcoming Anambra Gubernatorial Election with effect from 12 mid-night of Friday, 17th November, 2017 till after the elections.

This directive was contained in a press statement made available to journalists by the PPRO, DSP Aniamaka Andrew titled, “ANAMBRA GUBER ELECTIONS: CP DELTA ORDERS RESTRICTION OF MOVEMENT ACROSS NIGER BRIDGE TO ENSURE SECURITY.”

It stated that, “Against the backdrop of the forthcoming guber elections in Anambra State slated for Saturday, November 18th 2017, and the need to prevent any security breach around the Niger bridge linking Asaba, Delta State to Onitsha, Anambra State.

“The CP notes that only those on official and emergency duties with genuine means of identification will be allowed passage during the period of the restriction order.

“While regretting the inconvenience the restriction will cause commuters, especially those traveling to the South-East and South-South States, the CP enjoins them to take alternative routes or make do with other contingency plans as the restriction order is in the overall interest of public well being and safety.”