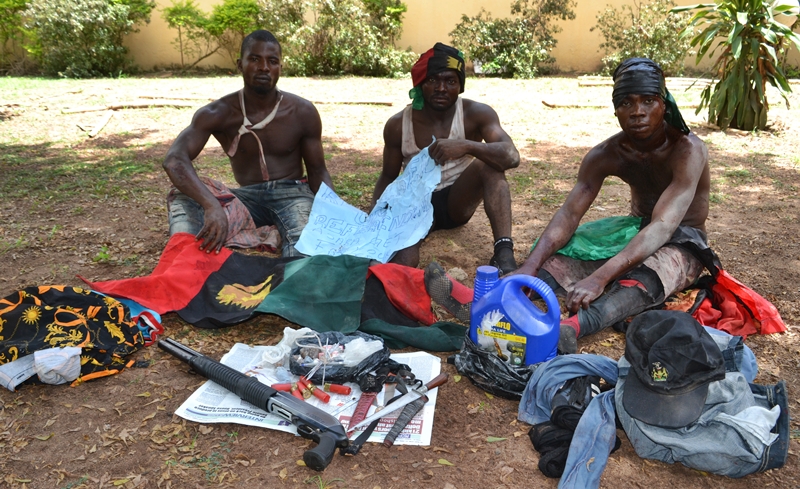 The Nigeria Police has announced the arrest of suspected members of the Indigenous People Of Biafra (IPOB) in Asaba, the capital of Delta State.

The arrest which was effected by the Delta State Police Command, took place on Monday, April 15, 2019 after the Police foiled what it referred to as an attempt to attack the ‘A Division’ of the Command along Nnebisi road.

In a statement by the Police Command, signed by ASP Chuks Orisewezie, for the Public Relations Office, revealed that, some of the arrested IPOB members sustained gunshot wounds and are currently receiving treatment.

It further stated that dangerous items including a firearm were recovered alongside the arrest.

Read the statement at distributed to ASABA METRO;

Today 15/04/2019 at about 1015hrs some members of outlawed IPOB group in their large number armed with guns, dagger knives, fuel and other dangerous weapons invaded and attacked ‘A’ Division Police Station, Asaba.

In their desperate bid to raze down the station, the hoodlums attacked and open fire at the Police men for resisting them. The Police men led by the DPO promptly replied fire forcing the hoodlums to beat a retreat.

On preliminary investigation suspects admitted being members of IPOB. Suspects and exhibits handed over to State CIID for investigation.