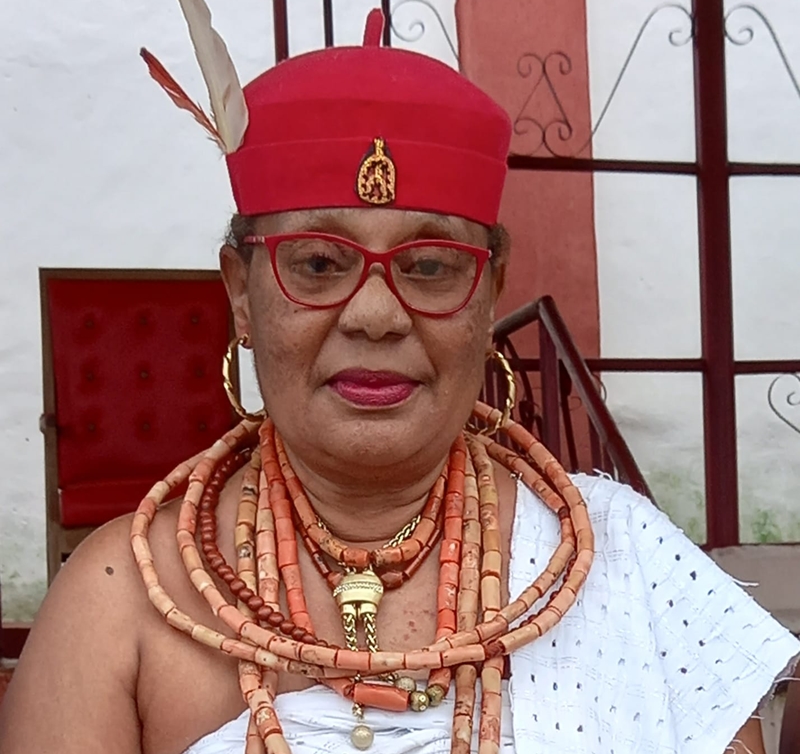 The quintessential Royal Mother, Omu Okpanam, Omu Anioma, Nneoha, Obi Martha Dunkwu has charged parents especially mothers to recommit themselves to the total upbringing of their children, noting that failure on their part has led to decadence in moral and societal values.

Obi Dunkwu who stated this at during 20th Coronation Anniversary Celebration as Omu of Okpanam, on Wednesday, January 26, 2022 at her Palace in Okpanam, decried the collective failure of mothers and wife in upholding their traditional role as support to their partners and proper upbringing of children.

Flanked by friends and well wishers including Traditional Rulers and fellow Omus, government officials and representatives of media organisations, Nneoha noted that it was the fault of womanhood that children are not acting right in our present day.

Recounting her journey in the last 20 years as Omu Okpanam, Obi Dunkwu recalled that the Omu stool, started about 822 years ago when Kings thought it wise to include women into community leadership to cater for the market, youths and other spiritual aspects.

The eloquent Omu said that the task of an Omu was a call to commitment and leadership, noting that, when one becomes Omu, she has to relinquish her marital life, return to her father’s house and a Palace will be built for her where she begins a life dedicated to the call.

In her words, “Being an Omu was not what I dreamt of, but the latter part of my life made me believe that Providence has all along prepared me for this seat. The past 20 years as Omu has been an eye opener, painstaking and sweet memories. I give quantum thanks to God for His Grace, Mercy and Benevolence.

Omu Anioma, glowing in beauty and filled with happiness and joy, expressed great thanks to God and her ancestors for showing her favour and paid glowing tributes to her late parents, Ogbueshi Adimefe Dunkwu and Mrs Comfort Ishakwue Dunkwu, past Royal Fathers and Traditional Rulers of Okpanam kingdom who she had worked with and the Oba of Benin (of Blessed Memory) His Royal Majesty, Omo N’Oba Erediauwa.

She further appreciated all who have supported and encouraged her especially her friends and colleagues in the Media industry.

The Royal Mother listed some of her achievements in the past 20 years to include, Local and International Recognition, Mentorship, Centre for Omuship and Women Development Initiative and, Obi Martha Dunkwu Foundation, saying, “we have done so much in guiding leadership at various levels to make right decisions predicated on good governance. We must change our society for the better. We must reinvent the value system we were known for. If each and everyone of us play our individual role, we will definitely and of necessity, achieve a prosperous society”.

Present at the celebration were the Traditional Rulers of Ubulu-Uno, Ezi, Ejeme-Aniogor, Abala, Egbudu-Akah and Obomkpa Kingdoms and Chiefs from various communities in Anioma who also gave Goodwill Messages and eulogized the feat achieved by Omu Anioma in past 20 years.

Highlights of the celebration were, cutting of the anniversary cake, dance performances by various dance troops, Exhibition of Akwa Ocha attires, tour of the Omu Palace amongst others.