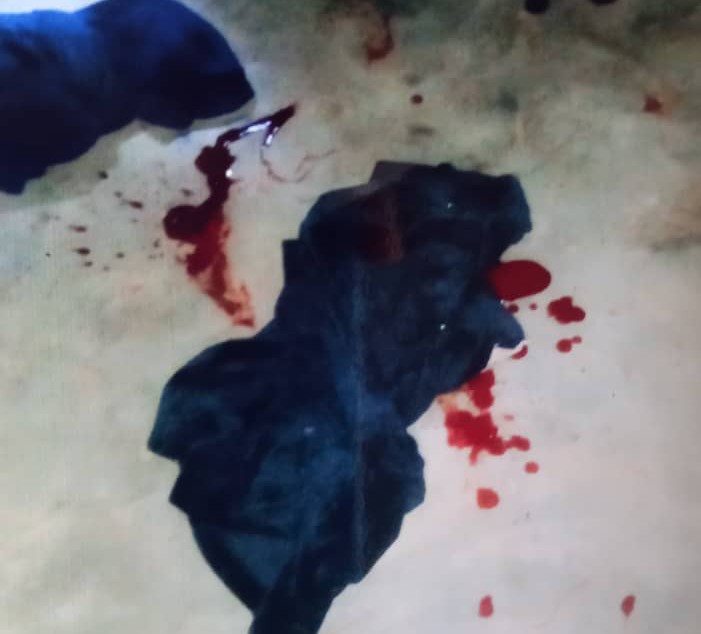 After one week of intensive medical examination and treatment at a government hospital in Asaba, Delta State, the 14 years old girl (name withheld) that was raped by seven able bodied alleged cult boys has finally narrated her ordeal in the hands of the dare devil monsters.

She told members of the Delta State Child’s Rights Implementation Committee and Sexual Offences Unit of the Ministry of Justice how she was beaten and repeatedly raped by one Aboy Nwaise, Sunday, Michael, Abraham, Uche, Jungle Boy and another who were supposed to be her big brothers in the same neighbourhood at Issele-Uku in Aniocha North local government area of Delta State. She spoke to the government officials after the police had obtained her statement at the hospital.

The victim said Aboy’s mother had earlier threatened to deal with her through the son, but she never envisaged it would be by violent rape.

She said they are tenants in Nwaise’s family compound at Ogboli village in Issele-Uku and usually they run errands for Aboy’s father and he usually gives them money to appreciate them.

On this fateful day, Aboy’s father, one Mr. Otu Nwaise had returned home from work after it had rained briefly. He noticed that there was water in their house and none of his children was home to help him clean up. He beckoned on the neighbour’s daughter (victim) to help sweep the water out of the house, which she did.

Victim of Rape in Delta State

Then the next day, the man came back from work, called on the girl and handed her N500 for helping him sweep the house the previous day. This was the money the wife saw him giving to the girl that made her to accuse her of sleeping with the husband.

The girl including her mother and the woman’s husband were surprised because they had always lived as family and the man had always given money to the children when they run errands for him.

The next thing she approached the girl, slapped her twice and snatched the money from her hand. Even when the girl’s mother was begging her, she didn’t listen, instead she was threatening to further deal with her.

Then a day after, she was returning home from their auntie’s shop where she had gone to pick her younger brother around 7pm, when the said Aboy accosted her and started interrogating her of what transpired the previous day between her and his mother. While she was trying to explain, Aboy told her to take the brother home and come back so they could resolve the issue sitting, instead of standing. So she obliged.

On returning, Aboy asked that they go to his friend’s house nearby to sort things out, and she followed him, trusting him as a big brother. She said on getting to the house there were two other boys in there, smoking. And she pleaded with Aboy to quickly explain things to him so she could leave because she was allergic to smoke. But he asked her to hold on a little.

Then again, four other boys came into the room and the next thing Aboy did was to lock the door and put the music that was playing on the highest volume. He then asked her to pull her cloth. At this point she started pleading with him to allow her go, but instead he slapped her and hit her head on the wall and forced her naked. That was when all the boys in the room started taking turns in raping her while the music was very loud that nobody could hear her screaming for help.

She said there was a friend of theirs who they didn’t allow in because he was telling them that what they were doing was wrong. It was this their friend that helped her home after they were done raping her and opened the door for her to go with a theat to kill her if she ever mentioned them.

Meanwhile, the sight was horrible when the mother saw her in her pool of blood. She had raised an alarm that attracted neighbours who assisted her to rush the daughter to the hospital around that time of 12am. From there they were referred to the Central Hospital in Asaba, but they had to report at the Divisional Police Station in Issele-Uku, where the DPO had to deploy a patrol team to accompany them to Asaba as at 3am that day.

The case had since been transferred from Issele-Uku Police Station to the State Command and the police are on the trail of the alleged rapists, including Aboy’s mother who had ran away too.

Interestingly, Aboy’s father, Mr. Otu Nwaise had been helping to track his son for an arrest. He had since disowned and condemned the actions of his wife and son, stating that they had been a thorn in his flesh. He prayed that his son is caught to face the law for his crime.

Mr. Otu even revealed how he had earlier reported his son to the Anti Cult outfit to arrest him and deal with him for being a cultist. He said the boy had severally threatened his life, calling him ‘a ju man’.

However, the Honourable Attorney General and Commissioner for Justice, Mr. Peter Mrakpor SAN has said that the state must get justice for the victim.

He confirmed the effort of government in ensuring she receives proper medical attention and then going forward, be rehabilitated including relocating her from that environment.

The AG then advised every parent who faces a case of rape and defilement of their children to report and leave the rest for the government.

In the same vein, a member of the State Child’s Rights Implementation Committee, Comrade Patrick Ochei who was detailed to follow up with the case, had commended the Attorney General for equally responding to the situation through the Sexual Offences Unit of the Justice Ministry.

He appreciated the Commussioner for Justice for taking care of all the expenses arising from the girl’s treatment so far, even with a promise to provide fund for further expenses in terms of rehabilitation and others going forward.

Ochei said that the victim being a child would definitely get justice, just as the Committee is poised to do everything within its powers and capacities to prosecute the case to logical conclusion.

He also affirmed that the Committee would come up with programme on how the girl would be rehabilitated against post rape trauma, adding that this is the time to show her all the love she deserves including assigning a professional counsellor to aid her emotional healing.