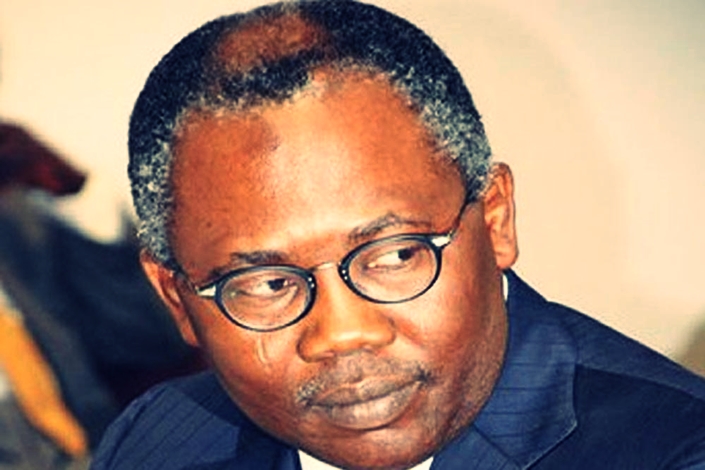 The Economic and Financial Crimes Commission, (EFCC) on Monday, April 3, 2017 asked Justice John Tsoho of the Federal High Court, Abuja to issue a warrant of arrest to compel former Justice Minister, Mohammed Adoke, to attend his trial over alleged diversion of $1.1 billion during a controversial transfer of OPL 245 to Malabu, a company linked to a former minister of petroleum, Dan Etete.

The OPL 245, an oil field believed to be the largest in Africa, was said to have been fraudulently acquired by Malabu Oil and Gas Limited in 1998 and afterwards sold to oil giants, Shell and Agip.

The request, according Johnson Ojogbane, counsel to the EFCC, was necessitated by the fact that the Commission had not been able to serve the suspect with the charges preferred against him as Adoke was said to be out of the country.

Adoke is accused of illegally transferring over $800m, purportedly meant for the purchase of the Oil Prospecting Licence 245 to Etete and Malabu Oil & Gas Limited from a Federal Government account.

After the case was mentioned and counsel have announced their appearances, Ojogbane told the court that the Commission had not been able to serve the defendants with the charges.

He sought to be guided by the judge as to whether to apply orally or in form of a motion for the arrest warrant against the defendants.

“We have yet to serve the defendants in this case. We have been unable to serve them particularly the first defendant (Adoke). We are told he is outside the country.

“I will appreciate if My Lord can guide me. I actually want to make an application for arrest warrants against the defendants”, Ojogbane pleaded.

Justice Tsoho said the court could not issue an arrest warrant against a suspect that had not been arraigned in court.
“You can’t apply orally. My understanding of the law is that until you arraign anybody, you cannot make an order of arrest against the person. If a defendant has been arraigned and he is not coming for trial, the court can issue arrest warrant against such a person”, the judge held.

But Ojogbane explained that the arrest warrant was necessary to trigger the extradition proceedings against the defendants, who are said to be abroad.

He explained that with the cooperation of the AGF’s office in terms of commencing the extradition proceedings, it would facilitate the arrest of the defendants by the INTERPOL if arrest warrants could be attached to all the relevant documents to be sent to the relevant foreign authorities.

The judge however insisted that with or without an arrest warrant, the extradition proceedings could go on. The case was, thereafter, adjourned to June 13, 2017 for the arraignment.