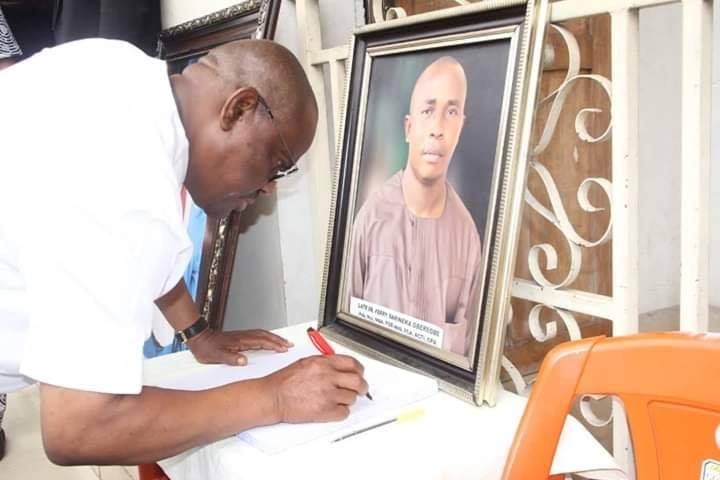 In line with his pledge to the family of Late Peoples Democratic Party (PDP) Khana Local Government Area Governorship Election Agent, Dr Ferry Gberegbe, Rivers State Governor, Nyesom Ezenwo Wike has released N200million to the Gberegbe family for the education of the kids of the deceased lecturer.

It will be recalled that Governor Wike announced a N200million scholarship for the four children of the Late Dr Gberegbe, directing the widow of the deceased to open bank accounts for each of the four children.

This pledge was made during the governor’s condolence visit to the family.

Dr Ferry Gberegbe, who was a lecturer at the Ken Saro Wiwa Polytechnic, Bori was murdered by SARS Personnel at the Bori Governorship Election Collation Centre. His murder was captured live on Facebook.

The Governor has officially released the said funds to the family of the Late Gberegbe.

The money is meant for the training of the four children that the former academic left behind.