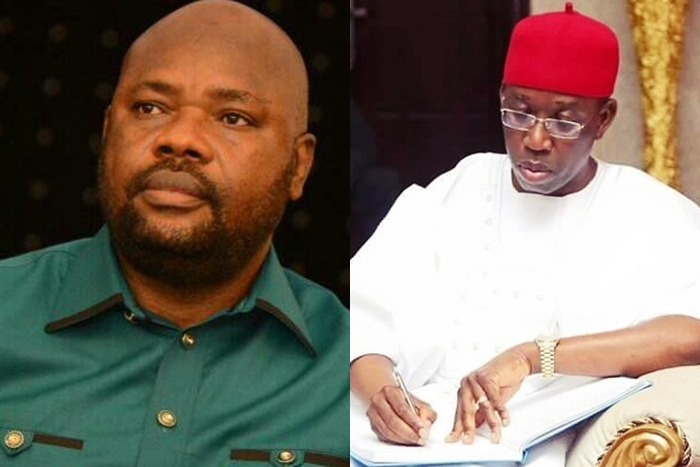 The Delta State Council of the United Labour Congress (ULC) has called on Governor Ifeanyi Okowa to extend the life line provided by the Paris Club refund to clear backlog of workers’ salaries and pension arrears in the state.

The Labour Union made this call while congratulating the Governor on the occasion of the 26th anniversary of the creation of Delta state urging him to extend his avowed democratic beliefs to matters relating to labour movement in Delta state.

Speaking to newsmen in Asaba recently, the Chairman, ULC Delta State Council, Comrade Williams Akporeha while congratulating the government and people of Delta State on the anniversary of the state creation, used the opportunity to remind Governor Okowa to extend the life line provided by the Paris Club refund to clear backlog of workers’ salaries and pension arrears in the state.

Comrade Akporeha furthermore expressed dismay at the obvious lack of support by the state government for the United Labour Congress. He stated that Governor Okowa is a known grassroots democrat but has so far not demonstrated the flexibility of a true democrat in the activities of labour movement in the state.

“While Congress will always remain committed to partner with government to sustain industrial harmony in the state, it is our request to the governor to always take a holistic position in labour related matters for the interest of workers in general”.

“Congress wants the state government to understand that labour movement is not about individuals but about workers welfare and work place conditions. Workers in the affiliate unions of ULC are also wealth creators for the state. Therefore, it is incumbent on Governor Okowa to look beyond the lines and relate fairly with the existing labour centers in the state”.

Comrade Akporeha however noted that it is quite remarkable that the state has largely remained peaceful in spite of the spate of agitations for different interests across some states in the country.

According to him, “Congress wish to commend the effort of our Governor for ensuring the maintenance of law and order especially at the wake of the onslaught on our people by herdsmen and the incursion of agitating protesters from neighbouring states”.

The Labour Leader added that, “peace remains the fulcrum to the development of any society”.