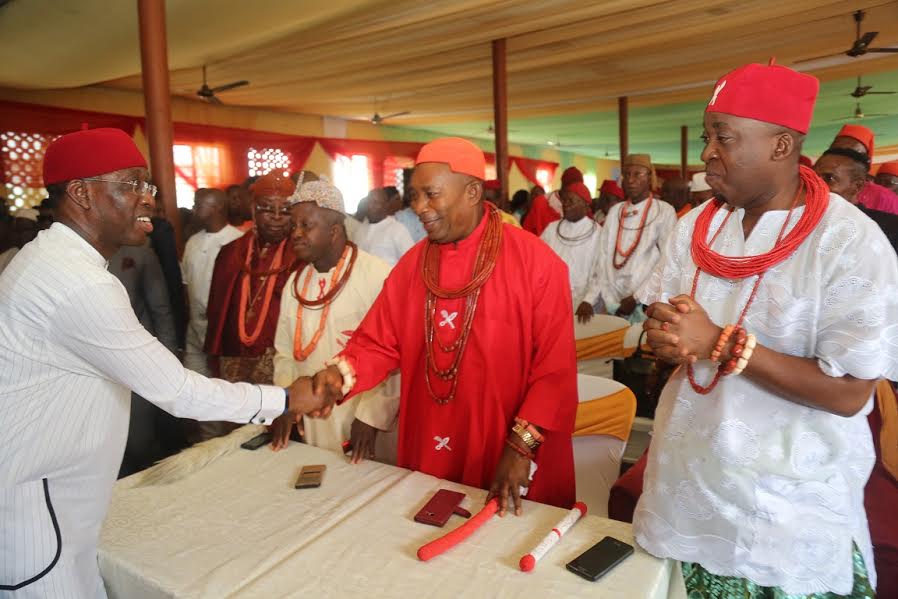 The Town Hall meetings currently going on between the Delta State Governor, Senator Dr. Ifeanyi Okowa, and the entire people of the state and the commissioning and inspection of projects are fulfilment of a campaign promise that he will come at midterm to meet with the electorate.

Giving this clarification in Asaba over the weekend, the Commissioner for Information, Mr. Patrick Ukah, said that the government was not cajoled into arranging the Town Hall meetings but packaged them as fulfilment of a campaign promise.

He revealed that  the two meetings held so far at Isoko North and Isoko South Local Government Areas provided a perfect platform for Dr. Okowa to meet with critical stakeholders and cross fertilized ideas targeted at fashioning out ways of improving on the gains made by the state as at the midterm of the government.

Mr. Ukah disclosed that the meetings are already achieving the objectives of its arrangement as the people expressed satisfaction because the projects commissioned were direct fulfilment of the campaign promises made by the Governor.

The Commissioner for Information revealed that there was nothing wrong in arranging the Town Hall meetings because in the corporate world, they hold their Annual General Meetings to appraise their performances and work out ways of doing things better in the future.

The Town Hall meetings and commissioning and inspection of projects will continue in Sapele and Ethiope West Local Government Areas on Tuesday and Wednesday, May 16 and 17, 2017.