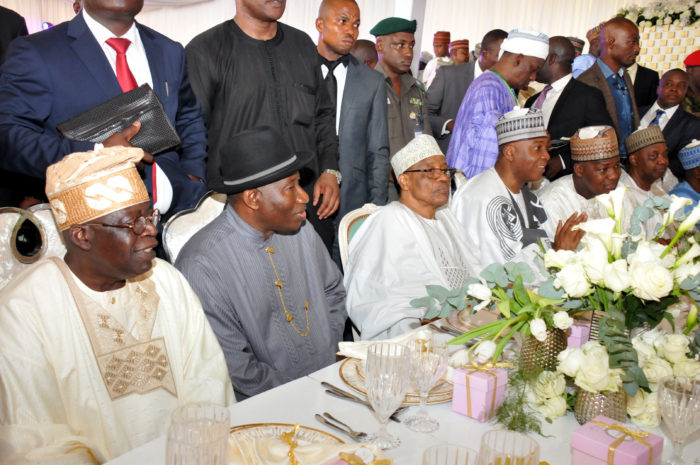 Halimat is the last child of the family and she is marrying a Gombe businessman, Alhaji Auwal Abdullahi.

The groom is the Sarkin Sudan of Gombe, in Gombe state.

Gen. Garba Wushishi performed the symbolic ceremony of handing over Halimat at 2.45 pm in marriage to Abdullahi.

Gov. Ibrahim Dankwanbo of Gombe state received the bride on behalf of the groom, who hails from the state.

A special prayer by Sheik Kabiru Gombe was offered for the couple, who stressed the significance of marriage in Islam and called on the bride to be submissive and loyal to her husband.

The aircraft brought the various dignitaries that attended the event. The police also provided air surveillance and security.

prominent among the guests at the ceremony were Former President Goodluck Jonathan and his wife Patience, Senate President Bukola Saraki and former vice president Namadi Sambo were at the wedding.