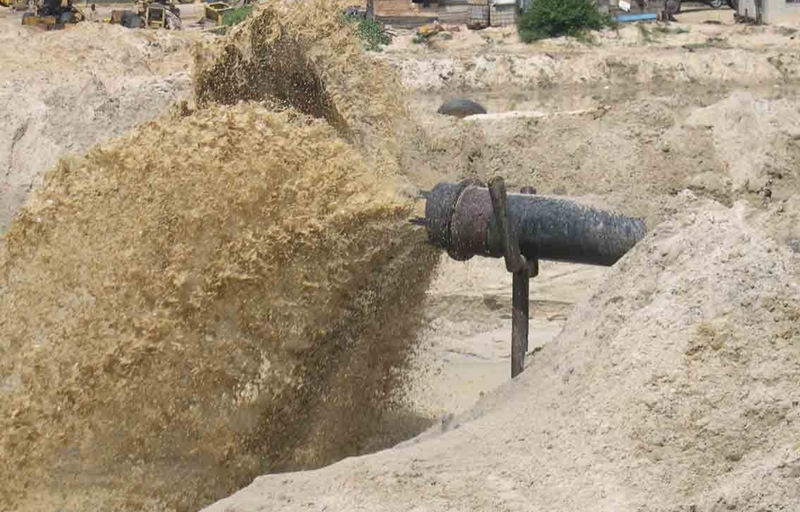 Members of Sand Dealers Multi-Purpose Co-operative Society Asaba, Delta State, have called on the Inspector General of Police (IGP) to raise a special team from his office to come and enforce a court judgement delivered in their favour by a Benin High Court, as efforts to get the Commissioner of Police Delta State Command to carry out the order have not yielded the desired result.

The group alleged that the Commissioner of Police, Delta State Police Command had gone further to flout the directive given by the Inspector General of Police for them (Police) to enforce the several orders obtained from different courts empowering them with the right of ownership to do dredging business at the river banks in Asaba.

Briefing some select journalists at the Nigeria Union (NUJ) Secretariat, Asaba, yesterday, the President, Sand Dealers Multi-Purpose Co-operative Society, Asaba, Mr. David Ossai, who narrated the ordeal meted on them since 1999, alleged that they have been witch-hunted by State Police and several others who are currently carrying out dredging activities on beaches in Asaba against subsisting court judgements and orders.

Having been issued a license by the National Inland Waterways Authority (NIWA) to conduct business activities, he stated that four members of his cooperative have been killed as a result of fabricated petitions, of which several efforts to seek justice have been swept under the carpet.

“A total arrest of 53 was made on our members, out of which we were remanded at the Federal Prison Ogwashi-Uku for 38 times by the Nigeria Police” he said.

He disclosed that the continuous arrest and imprisonment of members have been used as means to disorganize them as illegal while unrecognized individuals have taken over their business since 1999.

However, he also mentioned that himself alongside eight  of his members were unlawfully imprisoned in 2011 until they were discharged and acquitted by a court of competent jurisdiction in 2018, after they were denied bail on several occasions.

Referring to a legal advice by the Office of the Inspector- General of Police (IG) dated 3rd May 2019, where the AIG Zone 5 and the Delta State Commissioner of Police were instructed to obey the court order of the Federal High Court of Benin in suit No. FHC/ B/ CS/ 157/ 2000, to arrest the suspects and charge them to court for conspiracy, forceable entry, attempted murder amongst others

He also said that on 26th July, 2019, the AIG in a legal advice tagged “Case of Flagrant disobedience of orders of the Federal High Court With Impunity Criminal Trespass, Forcible Entry, directed the Delta State Police to obey the court order.

Despite all orders given, David Ossai noted that no action has been taken by the police to abide  by the judgement of the court, stating that, despite four judgements and 22 orders of court in their favor, the Police has done nothing.

He alleged that their inaction amount to a perceived compromise of the Police, stating that the present Commissioner of Police in Delta state has made no attempt in carrying out the orders of the IG and the court.

“Some police are stationed in our beaches to protect those who are in unlawful occupation of our beaches, threatening to arrest us if we come close to the beach” he asserted.

As a result of this, David Ossai has called on the Office of the Inspector General of Police (IG) to set up an independent body to ensure the implementation of the directive given.

In a telephone chat with PPRO, DSP Onome Onovwakpoyeya, Police Public Relations Officer, PPRO Delta State Command, she denied knowledge of the court orders and ordeals faced by the dealers. “At the moment, I will find out