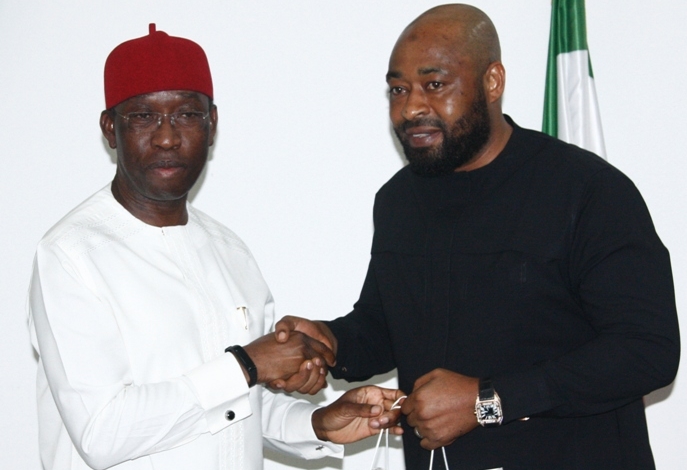 Delta State Governor, Senator Dr. Ifeanyi Okowa has said that the expected take-off of the Maritime University, Okerenkoko would consolidate on the existing peace and security in the Niger Delta Region.

The governor stated this on Tuesday, August 1, 2017 in Asaba when Hon. Mohammed Bago, Chairman, House Of Representatives Committee on Maritime Safety, Education and Administration and other members of the Committee paid him a courtesy visit.

Senator okowa  said that concerted efforts by all stakeholders were needed to consolidate the peace and security.

He  stressed that “with  everybody working together, the state, Federal Government and National Assembly,  peace is achievable, it is important that we get the university started because it is one of the promises made to maintain the peace. We are encouraged that the National Assembly has taken the bull by the horn and we hope that the law will be passed by September and the university will get started by the end of the year”

“The university is sited in a difficult terrain, but we produce oil there, therefore we need to ensure that the university comes to fruition because it will serve a lot of people in that area and affect the lives of the people positively”, he added.

Dr. Okowa commended the zeal of the National Assembly to help maintain the peace in the region assuring that their visit would douse the tension already building in the region and reassured the people of government’s commitment to the take-off of the Maritime University.

Earlier, Hon. Bago said that they were in the state to get a first-hand assessment of the level of work at the university promising that the committee will conclude its work early to enable the university take-off this year.