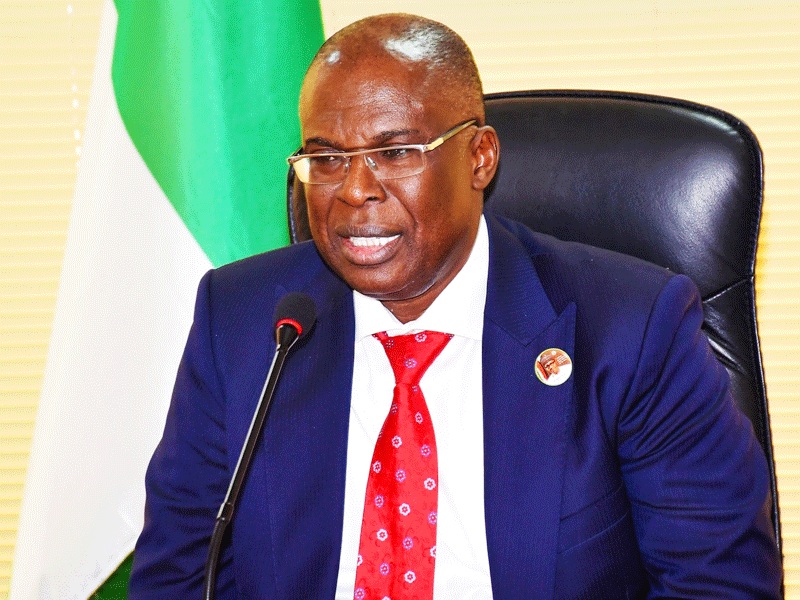 Niger-Delta Ex-militants under Urhobo-Isoko Youth Wing and Ex-agitator leaders of phase 1, 2, 3 of the Presidential Amnesty Programme (PAP), have stated that, the Minister of state for Petroleum, Timipre Sylva and Niger-Delta Senators are the major cause of problems in the Niger-Delta region.

They said the Minister and Senators from the region gave backing to President Muhammadu Buhari in signing the petroleum industry bill into law, describing their roles as that of selfish interest.

The group said the controversial 3 percent approved by the Senate on the Petroleum Industry Bill (PIB) hurriedly signed into law by President Buhari, is not only an affront to the lamentation of the oil bearing communities but a total disregard to the plights and agitations of the people of the region over the years.

They vowed to make the region unbearable for economic activities until the President sends back the Bill to the National Assembly for upward review of the 3 per cent for equity share among the host communities whose environments had suffered several degregation over the decades of oil exploration by oil companies operating and that if this advice is not adhered to the region will not experience relative peace.

The group said if the bill is sent back to the House for upward review, it will give some level of develeopmental leverage to the host communities without any form of stress and agitation, hence the government has to with all sincerity of purpose have a rethink, as the region cannot continue to be treated as second class citizens in a country where they are major stakeholders.

The ex-militants noted that over the years, the region has always been shortchanged and they can no longer be intimidated and oppressed in any form or continue to receive any ill treatment from government or companies they are playing host to without being resisted.