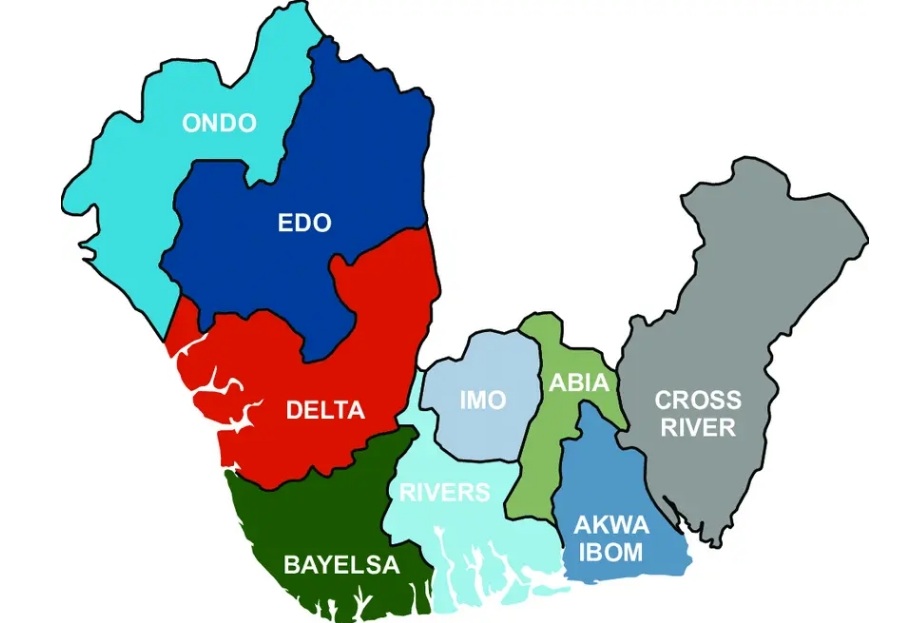 A Coalition of Niger Delta Groups under the aegis of Forum for Ethnic Nationalities of Niger Delta, FENND has expressed displeasure over what it was termed as obnoxious laws instituted by the Nigerian State against the region that lays the golden egg for the country.

FENND in a media briefing of journalists, vowed to employ every available legal process and pushback against all oppressive tendencies, by a section of Nigeria against the region especially with regards to the Water Resources Bill before the National Assembly and the Petroleum Industry Act skewed against the Niger Delta Region bears the brunt of oil exploration activities and has over the years degraded the environment without recourse to the welfare of its people.

The Convener, Forum for Ethnic Nationalities of Niger Delta, Barr Dortimi Kester Tawari declared that, the constant strangulation of the region by the Federal Government, is not in the best interest of a country seeking peaceful coexistence amongst its ethnic nationalities.

According to him, FENND at the end of its Summit held on Saturday, August 14, 2021 in Yenagoa, Bayelsa State, reviewed the situation in the country and in particular issues having direct impact on the Niger Delta and her people, on our environment and on the prosperity of our future generations.

The Forum called for greater convergence and resilience of all people of the Niger-Delta to embark upon and sustain stronger and more effective Pushback against inhibitors of true Federalism in Nigeria. They also agreed to resist the obnoxious National Water Resources Bill pending now before the National Assembly and to resist usurpation of their unique identities and conscription of our territory into any forced union by our neighbours.”

“On Water Resources Bill we agreed and do declare that Water being essential to the lives of all living things including human beings is of existential value to the people and ecosystem of the Niger Delta. The terrain of the Niger -Delta compel total dependence of several communities on our waters.

“We observe that the Water Resources Bill is premised on Decree 101 of 1993 promulgated by the Military regime of General Ibrahim Babangida which abrogated the Federal System of Water Governance-wherein individual States of the Federal Republic of Nigeria had jurisdiction over regulation, management and development of their water resources. This decree transformed into the Water Resources Act of 2004 and was subsequently incorporated into the 1999 Constitution as amended. The WRB is thus, a form of retrograde transmogrification into Military dictatorship.

“The current Bill viz, Federal Government taking over the rights and duties of the States via the National Water Resources Regulatory Commission is in our view perverse, unnecessary and unjustifiable.

“The Water Resources Bill with major emphasis on a “National Water Resources Regulatory Commission” contravenes the basic tenets of Federalism and the ‘Land Use Act’ already in use. The statutes of the National Commission can easily be misapplied for forcible water and land acquisition. In effect, the water Resources Bill, in the consideration of the forum, is another form of the offensive RUGA.

“60% or thereabouts of the demand side of domestic water use in Nigeria is from groundwater and this is best administered by agencies of the States, Local Governments or Communities. The processes for embarking on water projects via another level of Federal bureaucracy via a “Commission” will be grossly inefficient, nonviable and a distortion.”

Speaking on the recent PIA Act, he said, “FENND rejects the Petroleum Industry Act as presently constituted to the extent that it negates the demands of the Niger -Delta people. It is obnoxious, deepens mistrust, creates suspicion and recipe for renewed hostility. It is unacceptable as it is to significant stakeholder interests especially the host communities and the Niger-Delta as a whole.

“The definition of host communities to deny the nexus between the actual communities that produce and suffer the consequences of production while empowering communities through which pipelines and facilities go for their own benefit, is to mock the people of the Niger-Delta and their history of sacrifice for the common national good.

“The criminal expropriation of our natural resources by the Nigerian State through the instrumentality of unjust and morally reprehensible Laws or what is now known as “Legal Theft”; a consequence of the false preponderance of demography, coercion, hegemony, oppression, environmental injustice and health hazards against the Niger Delta People, have again been executed by the passage of the Petroleum Industry Bill by the National Assembly and now assented to by Mr. President thereto now Petroleum Industry Act, 2021.

A Typical House in a Riverine Community in Niger Delta

“To our surprise and utter disappointment, not one of the suggestions including but not limited to the call for an increase of the Host Community Trust Fund from 3% to 10% or the inclusion of the Host Community in the Administration and Management of the Fund, Environmental Justice and stoppage of Gas flaring were cogent enough to warrant attention and incorporation into the Law.

“The uncouth language and obnoxious tone with which certain persons especially persons outside the Niger Delta and who do not understand the suffering of the Niger Delta people by oil exploration activities is quite distracting but if the proponents will get themselves out of the way perhaps their contributions can be properly assessed and interrogated.

“We have read and in some cases listened to explanations on the thinking behind the PIB but completely failed to address the criticisms directly. Cynical and saucy attacks on the people of Niger Delta by paid hands and writers do not answer the questions and objections. The history of allocating and sharing of revenue is well documented, widely known and exhaustively debated. So also is the need for a Petroleum Industry Act (PIA). All agree that a PIA is essential.

“The issue is really not about figures, not about understanding the arithmetic of the PIB. All understand that 3% is less than 5% and significantly less than 10%. The point is that the Niger-Delta through their leadership organizations have consistently maintained that an offer or rather a take it or leave it, or in fact a tossing of 3% to their face is at the core of the angst. We are not begging for palliative and this is most annoying.

Result of Oil Spill in the Niger Delta Region

“A bold face, patronizing and condescending toss of the 3% fails to recognize the injustices of the past, the pollution and squalor of the present, the future challenges of righting the wrongs, addressing the terrain, improving the condition of the people in terms of health, economy and social distortion plagues.

“The proponents reel out the funding arrangements of NNPC, the sharing formula and the justifications for these choices as if they are sacrosanct and cut in stone by some divine wisdom or order. These are mere chosen options, preferred policy thrusts of those who constitute FG today and in the past.

“The arguments against these choices and the proposed options are no less legitimate. Indeed given the woeful results of past and continued approach it is easy to say that paths taken by other oil producing countries with better results are too numerous to require a listing here. Nigeria is unique in its choice and her results far worse on any objective scale.

“The NNPC shares funds with the nation Nigeria. Indeed the NNPC determines, collects and gives to Nigeria what it adjudged due to Nigeria. Not so much as agent but as a parent to a subsidiary. That is not the practice in other oil producing countries. The NNPC accounts are not audited, its dealing as notoriously opaque and anti-transparent as they come. Even the most generous would agree that the supra state has been less than stellar in its accomplishments.

“It is unbridled impunity, arbitrary, unconstitutional and therefore a case of executive recklessness in collusion with the National Assembly against Section 1(3) of the 1999 Constitution and until the Constitution is amended, the said section of the Petroleum Industry Act is illegal ab initio. The Act is punitive and falls to ameliorate the sufferings of the people of Niger Delta. The Act by design serves mainly commercial interest without human face.

“One therefore wonders why a Law in this age and time would fail to address the environmental injustices and health hazards occasioned by the oil and gas exploration activities over the years. We therefore reject the Act in its entirety as contrary to natural justice and equity. It is unconstitutional and does not meet the aspirations of the people of Niger Delta region.

“Having considered the processes and journey the Bill (now Act) has passed through and the level its potency has been whittled down to, more so a Law that should to a large extent alleviate the suffering and plight of the Niger Delta people, it becomes obvious that its main purpose is to deepen the mistrust and suspicion of a hidden agenda to further emasculate and subjugate the Niger Delta people.

“Categorically, we state that if our oil and resources are good enough to satisfy the corrupt feudalistic machinery and oppressive and hegemonic tendencies of the Nigerian State with non-corresponding concern and interest for environmental justice, health and lives of the people of Niger Delta or the upward review of the 3% Host Community Trust Fund to 10% and denial of our rights guaranteed by the United Nations Chatter on Human and Peoples Rights to administer, manage and appropriate our resources in the way and manner we deem fit, it only means we are not welcome in Nigeria.

“We are not begging and have never begged, neither were we consulted to be part of Nigeria; and if at all, the document(s) by which we were conscripted into this forced contraption so to speak has long lapsed and given that all legitimate processes to redress the continued oppression by the Nigerian State have repeatedly been thwarted and or manipulated against our good; and after due consultations, we have no option than to seek our own destiny through non-violent and legal means.”