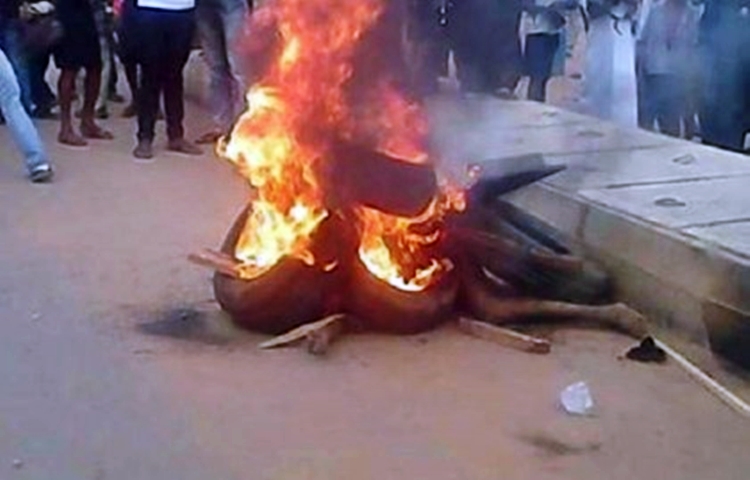 File: Suspected Thief Been Set Ablaze by Mob in Nigeria

Investigations revealed that two other members of the criminal gang were also arrested by men of the Nigeria Police Force “B” Division as one other managed to escape.

The four man suspected robbery gang were said to have shot sporadically into the air in an attempt to rob and cart away the tricycle from its operator.

In the pursuit, one of the suspects was apprehend and set ablaze before the arrival of the Police at the scene.

After further combing of the area, the Police arrested two other suspects who are now cooling off their heels in detention.

The Divisional Police Officer “B” Division, SP Ebi Orubiri declined comments on the matter as he referred Journalists to speak with the Police Public Relations Officer, DSP Andrew Aniamaka.

Contacted, the Delta State Commissioner of Police, CP Muhammad Mustafa confirmed the report in a chat.

According to CP Mustafa, “It is confirmed. They were caught trying to rob a Keke (Tricycle). One escaped, two were arrested and one was set ablazed.”